The second defence strategy dialogue at the deputy ministerial level between Vietnam and Russia has helped reinforce bilateral trust in military and defence cooperation.

The second defence strategy dialogue at the deputy ministerial level between Vietnam and Russia has helped reinforce bilateral trust in military and defence cooperation. 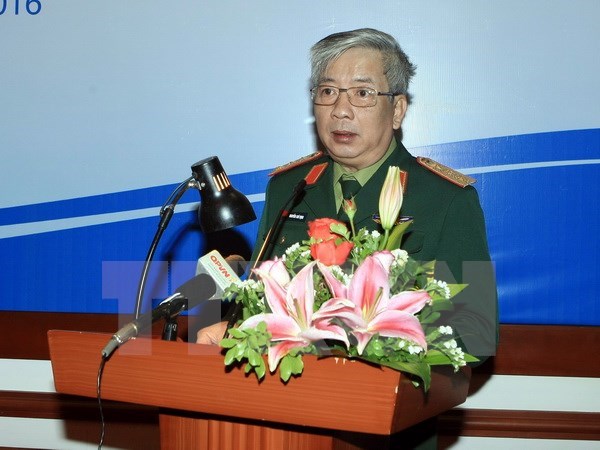 Deputy Defence Minister Sen. Lieut. Gen. Nguyen Chi Vinh made the statement in an interview with the Vietnam News Agency.

He said Vietnam has boasted good defence relations with Russia in recent years, especially regarding equipment and training.

Since 2013, the two countries’ defence ministries have agreed to build a strategy dialogue mechanism at the deputy-ministerial level. This is the highest-level cooperation mechanism for strategy exchanges for all countries around the world, he said.

The first strategy dialogue in 2013 brought about positive results. The two sides have expanded their defence strategy relations based on sharing their collaborative potential in security, information exchanges, training and military issues.

The second dialogue, held in Moscow on March 21, followed that spirit, he said, adding that the two sides candidly shared opportunities and difficulties in the respective countries, as well as what they have achieved and what need to be improved.

Vinh suggested seeking bilateral cooperation to bring firm defence development for both Vietnam and Russia, and build peace in their regions.

Regarding bilateral defence prospects, he said there are a lot of joint projects to be carried out in the coming time. However, the biggest prospect is the strategic interests of Russia in Asia-Pacific, he said. Similarly, Russia’s strategic interests in Europe will affect the situation in Vietnam, he added.

The two countries focused their discussion on security challenges and shared experience to mitigate conflicts and build peace in their regions. This is the most concerning prospect, he noted.

He went on to say that the East Sea issue constitutes the biggest challenge, as it could severely threaten peace, stability, safety and security of navigation and aviation in the region, which Russia has an interest in.

The two sides agreed that the East Sea situation has become more complicated, not only concerning territorial and natural resources disputes, but also when it comes to border-delineating at sea and strategic competition between major countries.

If the strategic competition brings benefits for the region, it will be supported, he said. However, if it increases tension and creates an arms race in the Asia-Pacific region, it would be very dangerous, he stressed.

He highlighted acts that run counter to international law, and threaten navigation and aviation safety as worrisome issues for both Vietnam and Russia.

The two countries agreed that any challenges should be peacefully resolved for the benefit of the involved parties, and based on mutual respect and international law.

Vinh emphasised that the legal system has been internationally recognised and applied to build peace for many years, adding that it is not imposed by anyone or to serve any individual interest.

The defence cooperation between Vietnam and Russia is there so they can support each other and solve the problem in the region, he said.