Student wins full scholarship to prestigious MIT in the US 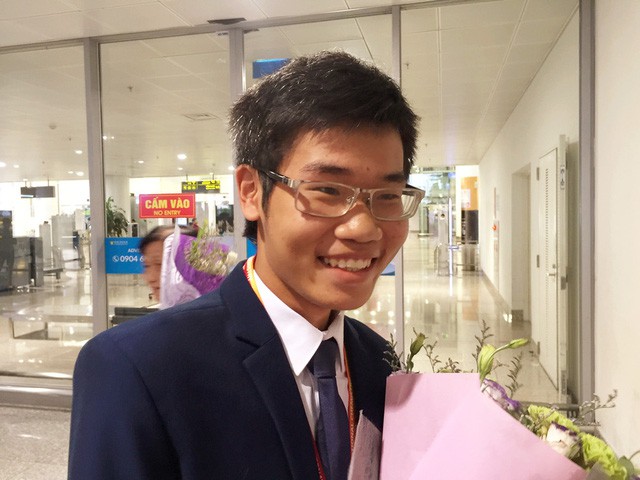 Born in 1999, Dinh Quang Hieu, a chemistry major from the Hanoi Natural Sciences University’s High School for the Gifted, was named ‘golden boy of Vietnam’s chemistry’ after he won two gold medals at two consecutive ICOs.

His brilliant achievements persuaded rector of Hanoi Medical University to sign the decision on enrolling Hieu.

However, because of his dream of studying abroad, after returning from the international competition, Hieu hurriedly applied for Massachusetts Institute of Technology (MIT) and was admitted to the prestigious school with a full scholarship.

MIT is known as the US’s leading technology university which has been recognized by QS as the world’s best university for the last six years.

Since Hieu was busy preparing for the ICO, he prepared his application only four months before the deadline.

“There were many things needed to be done. Only after the 2016 ICO could I prepare for SAT, TOEFL and SAT2, and I had to continue preparing for the 2017 ICO,” Hieu said.

And he gained full satisfactory results from the exams: 1,500 score on SAT 1,104 score on TOEFL and the maximum 800/800 score for math, physics and chemistry on SAT 2.

Hieu said it took him a lot of time to think about the idea to write essays. Unlike other universities in the US which require long essays, MIT requires several short essays.

Hieu wrote about his passion for football and his concern about the environment.

“Reports say 98 percent of rivers in Hanoi are polluted which have direct impact on people’s daily lives. My essay is about the willingness to settle problems on water pollution,” he said.

Hieu believes that his passion for scientific research helped him convince the MIT’s jury board.

Hieu not only showed his great learning achievements, prizes and gold medals, but he also emphasized that he would use his knowledge to serve the community. He will use the knowledge in chemistry to settle environmental problems, he says.

Winning the precious ‘admission ticket’ to MIT, Hieu wants to follow material science which has close relations with physics and chemistry, his two favorite subjects.