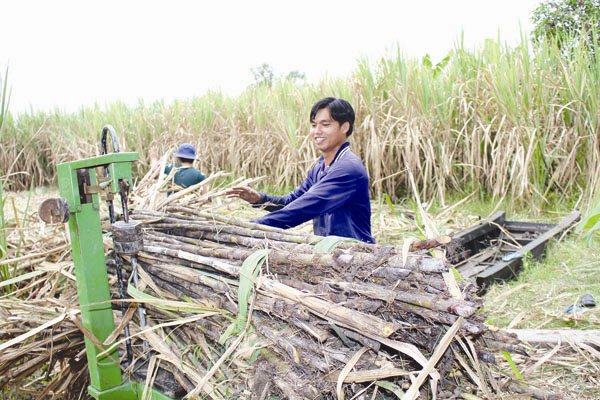 Experts say Vietnam should not continue protecting the sugar industry

ATIGA was signed in February 2009 and took effect on May 17, 2010. Under the agreement, Vietnam will remove the import quota from 2018 (at present, Vietnam has to import 89,500 tons of sugar a year in quota as per the WTO commitment).

Asked if Vietnam would break ATIGA if it delays the quota removal, VSSA’s secretary general Nguyen Hai said in principle all provisions in FTAs can be re-negotiated.

ATIGA says that if member countries meet difficulties when implementing the provisions, they will have the right to amend the provisions.

Commenting about the proposal, Vo Tong Xuan, president of Nam Can Tho University, said Vietnam should not continue protecting the sugar industry by maintaining the import quota.

The continued protectionism will make sugar companies rely on state protection. If Vietnam asks for re-negotiations, this will affect the country's prestige.


However, if Vietnam removes the quota from 2018 as promised, its sugar companies will have problems. President of Thanh Thanh Cong Group Dang Van Thanh quoted a prediction that only 15 out of 40 sugar refineries would still be operational by 2025.

Xuan said though Vietnam’s sugar industry has made big progress in the last few years, it still cannot compete with Thailand and other countries.

Thai sugar is sold at VND8,000 per kilogram at the Vietnam-Thailand border, while the cost price of domestic product is VND12,500 per kilogram. This explains why Thailand’s smuggled sugar has been brought to Vietnam in large quantities.

Why is Vietnam’s sugar so expensive? According to Xuan, there are three major reasons.

First, the problems in cultivation technique. One ton of sugarcane in Brazil has production cost of $16. The figures are $18-20 in Australia and $30 in Thailand. The production cost is $50 in Vietnam.

Second, the performance of sugar refineries remains low. Third, most sugar plants in Vietnam have been privatized. “Shareholders always want high profit, therefore, the sugar selling price in the market is high,” he said.

What Vietnam needs to do, according to Xuan, is force the sugarcane prices down. And in order to improve the sugarcane yield, it is necessary to organize large-scale production through land accumulation.

According to Xuan, large-scale fields (100 hectares or several thousands of hectares) would cut the production cost by 50 percent.