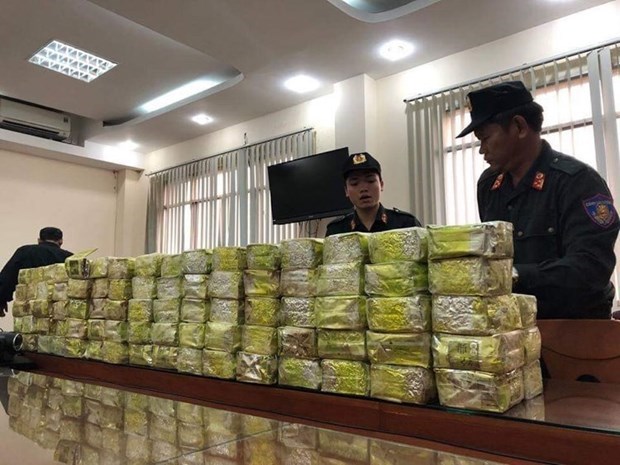 The drugs seized by police

34-year-old Chen Tsen Wei was detained by HCM City’s police in Hoc Mon district on March 27, 2019, when he was smuggling 895 bricks of heroin totaling over 316kg – the largest-ever volume of drugs in Vietnam.

Investigations unveiled that as from November 2018, Chen and his accomplices had entered Vietnam many times for drug trafficking.

During the period, Chen and another 33-year-old Taiwanese named Yen Yung Chu hid 1.5 tonnes of crystal meth in a warehouse in the southern province of Binh Duong for delivery to Taiwan (China). However, the shipment was detected by Taiwanese police when it arrived in Kaohsiung port.

On March 11, 2019, Chen Tsen Wei continued to enter Vietnam. On March 27, 2019, he and Yen used a truck to transport drugs when they were detected by HCM City Police, but Yen escaped.

With the charge, Chen may face 20 years behind bars or death penalty.

Police in Muong Lat district in the north-central province of Thanh Hoa on May 27 said they have arrested a smuggler of nearly 2,000 methamphetamine pills.

The police also seized a motorbike, a gun, and a knife.

Duc confessed that he bought the drug from Laos to sell in Quan Hoa.