Tens of billions of dollars needed to build north-south highway

VietNamNet Bridge - The north-south highway would have a total length of 2,100 kilometers, running across 32 provinces and cities, and would be built in three phases.

VietNamNet Bridge - The north-south highway would have a total length of 2,100 kilometers, running across 32 provinces and cities, and would be built in three phases. 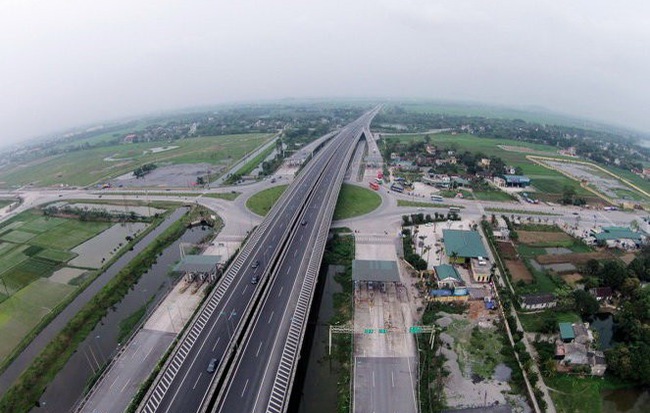 In the first phase, 2017-2020, 11 component projects will be implemented, with 654 kilometers of highway built across 13 provinces and cities.

The total investment capital for the phase is estimated at VND120 trillion. Of this, VND55 trillion will be sourced from government bonds and VND64 trillion from private investors.

The project is marked as urgent as transportation demand is increasing rapidly, and there is still no capability to build a high-speed railway.

Huynh The Du, a lecturer at Fulbright University, commented that it is now a bit late to build the north-south highway.

“Thirty years have elapsed since doi moi (renovation) began but we still cannot have a highway system to link the north and south. The project needs to be implemented immediately and quickly,” Du said.

Of the VND64 trillion the government plans to mobilize from the public, VND13 trillion would be from private investors, while the remaining would be from domestic credit institutions.

The Ministry of Transport believes that it would be feasible to seek capital from commercial banks. The VND50 trillion would be disbursed within four years, or VND12 trillion a year, which is nearly equal to one percent of the total capital mobilized by the entire banking system.

However, raising VND13 trillion worth of funds from private investors will be a difficult task.

Tran Van The, CEO of the Sai Gon Bridge Road Construction Investment Group, commented that the feasibility of the project depends on the state’s capital. The problems in site clearance and unstable policies may make investors reluctant to inject money into the project.

The said the project needs to have four factors to be able to attract investors.

First, the laws must be non-retroactive. When policies change, two scenarios would happen: the new laws would bring either advantages or disadvantages to investors. Enterprises often receive requests to lower fees and prices. Meanwhile, the adjustment of fees and prices would upset enterprises’ business plans.

Second, it is necessary to clarify the competence and responsibility of state agencies. It seems that many agencies don’t know their functions. As a result, enterprises don’t know which agencies they have to contact to solve problems.

Third, The believes that not only governing ministries but relevant ministries and provincial authorities should also be given the right to sign contracts with partners.

Fourth, it is necessary to consider a policy to help investors minimize risks. Infrastructure is a field with high risks and it takes a long time to recover investment capital, he said.

Vietnam builds north-south highway, but not a railway