The clean-energy game in Vietnam 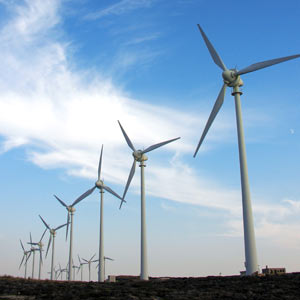 These are the first steps taken by institutions in Vietnam, though they have invested in many power projects around the world before. IFC invested $1.75 billion in 75 hydropower projects in 25 countries in the last 10 years. Armstrong has 50 recycling energy projects throughout the world.

The main target of the fund is South East Asia with projects with investment scale larger than Vietnam’s GEC.

The predecessor of GEC was the Gia Lai Hydropower Company, which was equitized in 2010 and has made many M&A deals to acquire companies in the same field since 2013.

GEC, on one hand, has been making a series of M&A deals to acquire small hydropower plants in the central region, and continues developing new projects. It plans to put 8-10 new plants into operation with the total capacity of 271 MW by 2020.

However, in the long-term, GEC plans to focus on recycling energy. It now runs a solar power system which provides electricity and companies of the same system. It is following necessary procedures to develop the 6 MW wind power project in Ben Tre province.

In the future, the company’s solar energy project with capacity of 10 MW would be operational.

By 2015, according to Bloomberg, the total capital funding clean energy projects in Vietnam had increased to $248 million.

The projects which had licenses recently include the 30 MW Tuy Phong solar energy project by DooSung Vina which has investment capital of $66 million in Binh Thuan province, the 96 MW wind power project in Tra Vinh province with the capital of $130 million.

The nationalities of the investors are more diversified. AirCraft Company from Germany is considering a solar energy project in Quang Tri province, while EGAT International from Thailand is targeting Binh Dinh province. GE has signed an MOU on the development of 1000 MW wind power by 2025.