As the author of tens of articles published in prestigious journals, Tran Ngoc Tuan was one of the 10 young scientists who won the 2019 Golden Ball Awards.

Born into a farming family in Kien Giang province, Tuan, born in 1984, graduated from high school when the intensive aquatic farming movement in his homeland began developing strongly. 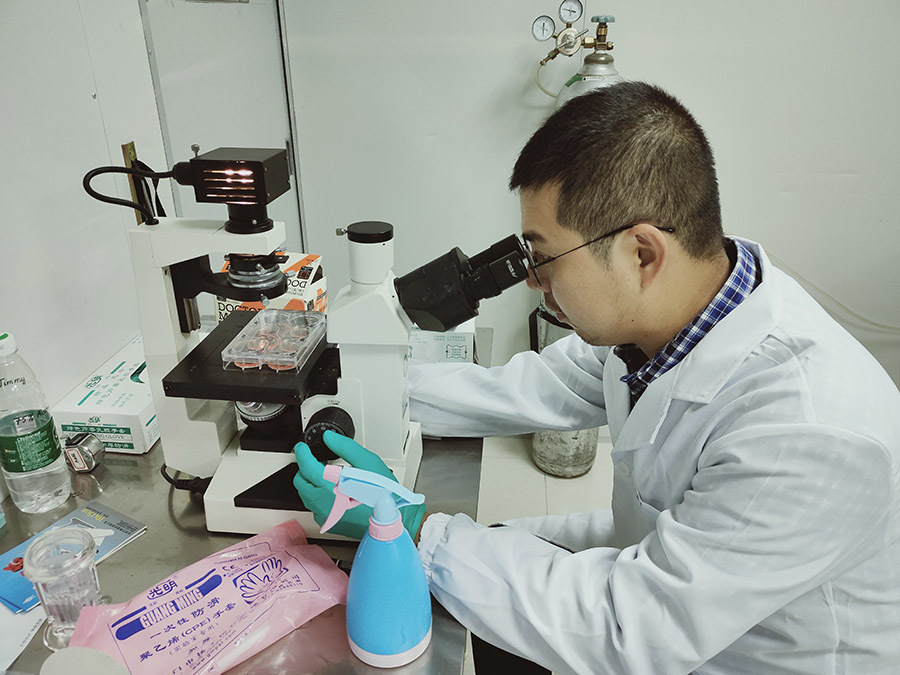 He decided to study pathology at the Can Tho University because he thought the major would lead to a job.

Graduating from the university, he continued studying for master’s degree in aquaculture. When conducting scientific research with the teachers at the school, he met a famous Chinese professor.

With the support of teachers and the Chinese professor, who later became his mentor when he was PhD fellow, Tuan obtained a full scholarship to study for doctorate at Huazhong University in China.

In 2015-2017, he did postdoctoral research at the Aquatic Biology Institute under the Chinese Academy of Sciences.

Since the beginning of 2018, he has been doing postdoctoral research at the Institute of Marine Science, Shantou University in Guangdong, China.

Tuan is the major author and co-author of 53 scientific articles published in prestigious journals.

“Once an idea comes, you need to set to work immediately. If you are late, there may be someone else who is doing the same thing and shows their research results first,” he explained.

Tuan attends many seminars, read reports presented at workshops, and exchanges views with researchers in the same fields to find new research tends and predict trends for the future.

When he is deadlocked, he pauses the work and puts it aside for one or two days, during which he would try to refresh himself.

He said people doing research are like mountain climbers, who always try to move forward.

For postdoctoral research, he shifted to study intestinal microflora of fish. Previously, he also studied microorganisms, but pathogenic microorganisms.

Therefore, he admitted that his understanding about the intestinal microflora in many aquatic animals is still limited. So, he has to refer to previous research results on many other animals, including those on terrestrial animals and humans.