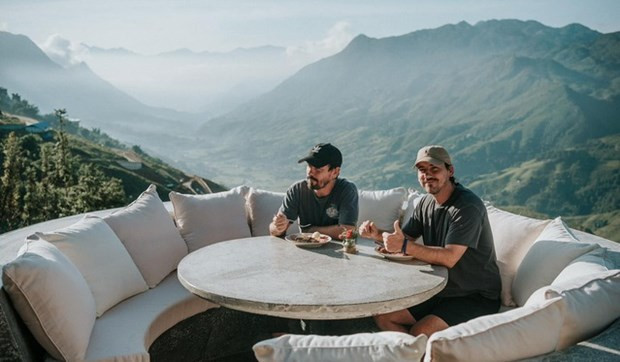 It is part of the boyband’s Music Travel Love project which will see the members discover the beauty of the landscape and people in each place they travel to.

The band will shoot four music videos at four famous destinations in Vietnam.

Vietnam is a very beautiful country with delicious food and friendly people, it said.

With this project, the group expressed their wish to promote the beauty of Vietnam through a trip with HAY FEST. Formed in 1990, the band consists of Scott Moffatt and his brothers Clint, Bob and Dave, who are triplets.

In their heyday, they were loved by audiences around the world for songs like "If Life Is So Short", "Miss You Like Crazy", and "Girl of My Dreams".