According to the Vietnam Energy Association (VEA), Vietnam has 21 coal-fired power plants operational with the total designed capacity of 14,310 MW. The figure is expected to rise to 65 by 2030. 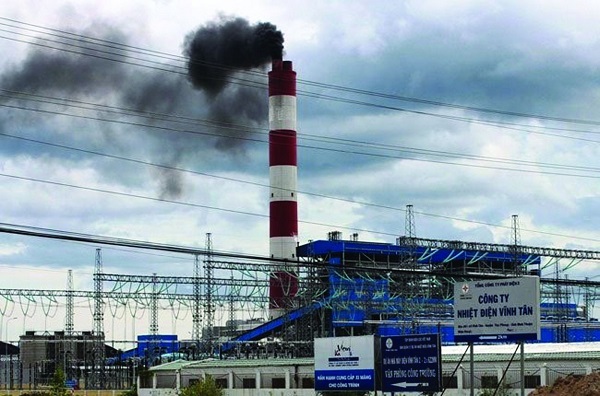 In the first seven months of 2019, the coal inventory level at Quang Ninh Thermopower JSC was just enough to ensure the operation of electricity units for 2-6 days. In principle, it must have the inventory level high enough for 12 days of operation.

A representative of the plant said if Uong Bi cannot get coal imports and mix imports with domestic coal, it may have to halt the operation of some electricity generation units.

Lacking capital is the common worry of most coal-fired power plants.

The demand for coal to run thermopower plants keeps increasing, while the exploitation output is low.

As the coal price in the world is decreasing, Vinacoal and other enterprises consuming coal have rushed to import coal.

The coal price slide is attributed to the high inventory level in some countries. However, analysts believe that the low price would not last a long time, because the exploitation cost is still high.

In 2017, Vietnam imported $1 billion worth of coal. The figure was double in 2018. Meanwhile, the import value in 2019 was double the previous year.

However, the amount of coal available is still not enough for power plants to fire. The domestic output can only satisfy half of the demand from power plants.

According to the Ministry of Industry and Trade (MOIT), coal-fired power plants account for a large proportion of total power plants, therefore, the coal demand has been increasing rapidly. In 2020, Vietnam is predicted to need 63 million tons of coal, while the figures are expected to increase to 95 million tons by 2025 and 129 million by 2030.

Jakon Stenby Lundsager, advisor to the Vietnam-Denmark Energy Partnership Program, said Vietnam should stop investment in coal-fired power plants soon so as to avoid the reliance on coal-fired thermopower and import coal.

However, as hydropower resources have been nearly fully exploited, while gas-fired, wind and solar power still cannot satisfy the demand, Vietnam still has to ‘live with coal-fired thermal power’.