Just within two weeks, powerful figures from three out of the four largest economies in the world publicly mentioned plans to ease their reliance on China 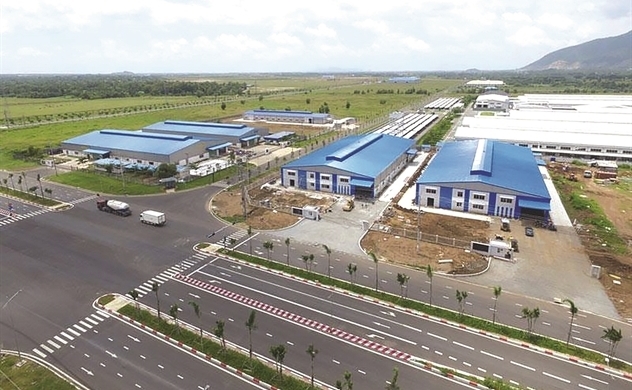 Manufacturers based in the US, Japan and Europe began relocating their factories out of China before the epidemic outbreak because of the US-China trade war.

Vietnam is a favorite alternative place for many foreign investors to locate their factories after leaving China. Analysts have predict a surge in demand for land in industrial zones (IZ).

The Ministry of Planning and Investment (MPI) reported that the occupancy rate in IZs throughout the country has been increasing steadily, by 76 percent in Q1 2020. The growth rate was 74 percent in 2019. This allows IZ developers to continue to thrive and stay unhurt during the epidemic.

This explains why the shares of industrial real estate development companies, including Becamex, Nam Tan Uyen, Sonadezi and Phuoc Hoa Rubber, are being hunted by investors. These public companies had positive impact on the VN Index in July-August 2019.

In the first nine months of 2019, IZ shares saw prices soar by 50-100 percent when the wave of relocating factories from China to Vietnam began. The wave allowed the IZ occupancy rate increase and push the land rents up.

However, the share prices have decreased later in a correction period. The shares of IZ development companies are traded at prices 25-35 percent lower than the highest peak seen in late Q2 2019.

Analysts commented that the correction has brought the industrial real estate shares to a more attractive area to investors to lure the investment capital back.

“The options for our watchlist are SZC, KBC, PHR, VGC and BCM,” a report on IZs by VNDirect Securities reads.

VNDirect Securities believes that Vietnam is ready to become a production center to replace China thanks to the geographical position which is near China, and the low labor cost. Vietnam’s membership in many FTAs also gives the country a great advantage in attracting FDI.

A series of foreign manufacturers, including Hanwha, Yokowo, Huafu, Goertek, TCL and Foxconn, have announced decisions to move to Vietnam amid Vietnam’s great success in fighting the pandemic.