Pangasius export turnover in August 2021 decreased by 28.5 percent over the same period, it is expected to continue falling 30 percent year on year in September. 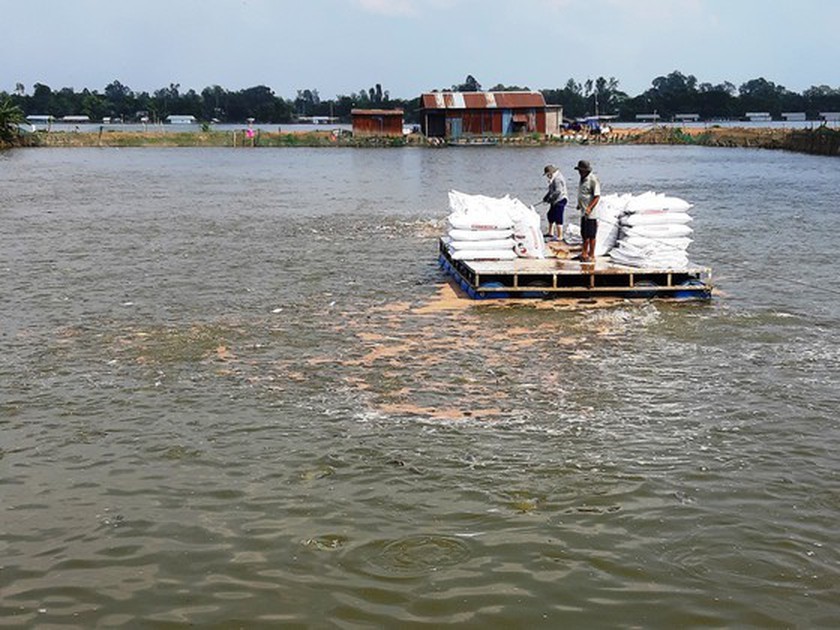 A representative from the Directorate of Fisheries made the statement at the virtual conference presided by Minister of Agriculture and Rural Development Le Minh Hoan on September 25 with the participation of representatives from the Ministry of Health, the Vietnam Pangasius Association, the Vietnam Association of Seafood Exporters and Producers (VASEP), leaders of provinces in the region and exporters.

Tra fish is raised on 3,516 ha in the Mekong Delta and farmers have harvested an estimated 932,000, just equal to 81 percent compared to the same period last year, according to the Directorate of Fisheries.

Due to strict social distancing mandates, tra fish processing facilities in the Mekong Delta have reduced their processing capacity leading to a long-run fall in the prices of the fish to VND21,000 – VND22,000 per kilogram even lower than production costs.

Approximately 119 fish processing plants with 190,000 employees in the region are eligible for export. Around 49 percent of factories stopped operation in early September and 70 percent of workers in the facilities got unemployed.

A representative of VASEP said that since the middle of July, the Covid-19 pandemic has greatly affected the sector due to social distancing. Tra fish plants in the Mekong Delta City of Can Tho were shuttered temporarily.

It is forecast that many businesses will not resume operation in October because of a shortage of employees and finance.

Because of these above-mentioned difficulties, pangasius export turnover in August 2021 decreased by 28.5 percent over the same period, expected to continue reducing 30 percent year on year in September. However, the turnover of pangasius exports alone in the first eight months of 2021 increased 8.8 percent compared to the same period in 2020 thanks to steady growth in new markets such as Russia, Brazil, Egypt, Colombia, and the US. It is forecast that the demand for pangasius in many countries will increase, especially at the end of the year.

Nevertheless, businesses are unable to restart production soon or expand production resulting in losing orders in the year-end; worse, enterprises have been reluctant to accept new orders.
Duong Nghia Quoc, Chairman of the Vietnam Pangasius Association said that from 2019 to now, the price of pangasius has fluctuated at a low level for a long time, so farmers have not been interested in raising the fish anymore. Meanwhile, scores of businesses are also facing difficulties due to the impact of the Covid-19 epidemic, some factories have maintained operations as per the regulation of Covid-19 prevention and control with high costs and many risks

Therefore, seafood enterprises in the Mekong Delta hope that the Ministry of Health will allocate more vaccines to speed up the vaccination coverage in order to restart production and processing in the new normal. Additionally, enterprises petitioned banks to reduce interest rates and extend debts for the recovery of the pangasius industry, especially in the last months of the year.

Many businesses have suggested that the Mekong Delta provinces need to remove difficulties for their drivers who should be allowed to travel from province to province to collect raw material. Currently due to epidemic prevention, workers cannot go to another province to harvest the fish.
Deputy Minister of Health Nguyen Truong Son expressed his sympathy with enterprises in the pangasius industry. At the same time, he proposed that localities just apply distance in the red zone and expand the green zone for the facilitation of fish companies’ production expansion. At this point, the Ministry of Health considers providing more vaccines to pangasius businesses in the region.

Secretary of the Dong Thap Provincial Party Committee Le Quoc Phong said that during the expansion for production, fish processing facilities should have an appropriate response when a worker is tested positive for SARS-CoV-2, without applying lockdown measure. Therefore, businesses need to build a reasonable production line with the most optimal production plan to handle the problem.

The 'test' for the future of seafood exports