Airport and tourism sector join forces to recover from COVID-19

The trilateral agreement, which was signed on Friday, will involve joint action in preparation for post-COVID-19 tourism recovery while promoting measures for COVID-19 prevention and tourism service in the coming years.

Vice director of the department, Nguyen Xuan Binh, said the five-year agreement continued the close co-operation of the three partners in 2017-20.

Binh said the previous iteration of the trilateral deal had helped the city host 8.6 million tourists, including 3.5 million foreigners, in 2019, while operating 35 international air routes and 10 domestic routes with 640 flights per week.

He said promotions were made to launch new air routes with Japan (Nagoya, Tokyo and Osaka), Australia, Cambodia, Laos, Taiwan, Malaysia and Russia.

Binh said despite COVID-19, the city still hosted seven flights to carry Vietnamese people and foreigners for social distancing orders between April and August of 2020.

“We hope the co-operation between airlines and tourism sector would help the city’s tourism industry and service recover strongly in the coming years,” he said.

Thanh said ACV offered a reduced cost from 10 per cent to 50 per cent service charge for all airlines, taxi firms and other partners between March and September of 2020.

Do Thi Quynh Nhu from AHT said it also reduced the service cost for all partners from 20 per cent to 50 per cent to ease financial difficulties during COVID-19, while extending the time for payment among clients.

She said AHT will offer non-contact communications to prevent COVID-19 infections by launching auto boarding gates, auto immigration and touch screens at the terminal in 2021.

Deputy Director of Da Nang ACV, Phan Kieu Hung said it plans to build a new terminal, T3, to host 15 million passengers and 100,000 tonnes of cargo in the first stage of investment.

The Da Nang International Airport is designed to handle 28 million passengers and 200,000 tonnes of cargo by 2030.

Hung said the T3 terminal would help Da Nang ease congestion in the near future, while promoting connections in trade, investment and tourism in key central economic zones. 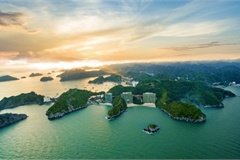 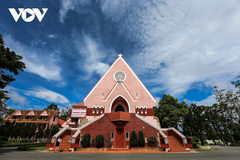 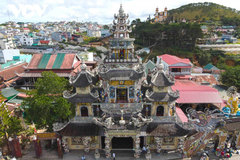 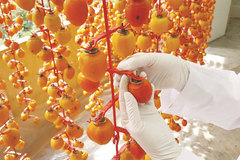 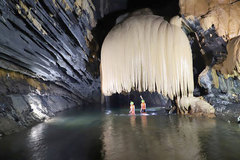