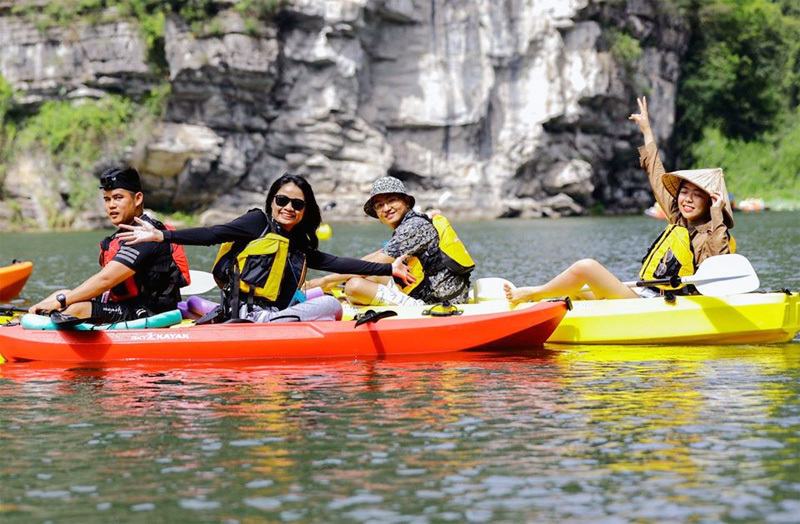 Airlines have also launched about 1 million tickets at the price of zero dong to VND88,000.

Analysts say that the tour fees are ‘unimaginably low’ which has prompted people to resume their travel plans which they postponed because of the pandemic.

However, Le Hai Nga and her team of five members said they will only book tours just several days before the departure time instead of booking early.

Nga said a Covid outbreak can emerge at any time, so it will be risky to book tours too soon. She had to cancel a trip last year which she had booked nearly half a year in advance. And she has to delay a trip to Ha Long in March because of the latest Covid-19 outbreak. She had initially planned to go to Ha Long on Tet.

As for travel firms, tours have resumed since late February. It is now the low travel season, so the number of travelers is modest, but it is on the rise.

In the north, people mostly book tours to visit pagodas at the beginning of the Year of the Buffalo, and to the northeastern and northwestern highlands. Meanwhile, southern people go to the sea, islands, Da Lat or the Central Highlands.

A representative of Flamingo Redtours said as the pandemic has cooled down, the number of travelers has increased. The firm serves 10-14 groups of tourists each week. The favorite destinations are Central Highlands and Da Lat in the south, and Ha Giang and Cao Bang in the north.

TST Tourist has re-activated with the first group of travelers to Phu Quoc in late February. To date, TST has served 800 travelers.

Tran The Dung, CEO of The He Tre, believes that travel will recover on the April holiday if there is no bad news about the pandemic.

Vietnamese authorities are in talks with partners on how to safely resume commercial flights, according to Foreign Ministry spokesperson Le Thi Thu Hang.