Tourist sites in Da Lat City including Dalat Flower Park in the Central Highlands of Lam Dong will be opened at night to attract more tourists after the Covid-19 pandemic.

Tran Thi Vu Loan, vice chairman of Da Lat City, said that after being re-opened to visitors after the pandemic, the number of tourists to the city have remained small. 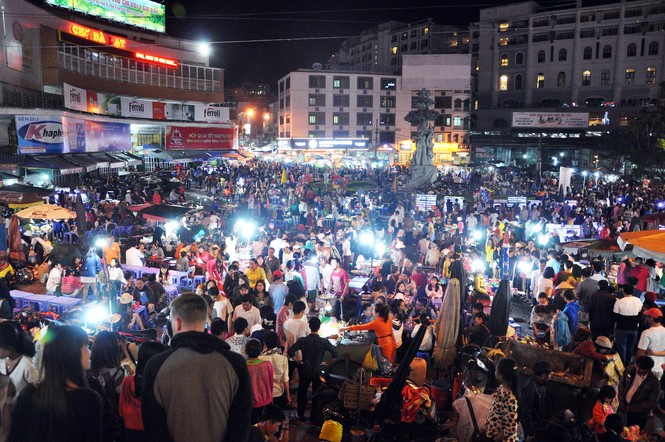 Da Lat Flower Park will be among the first sites of the city to be opened at night. It will be open from 6 to 10 pm on Friday and Saturday.

The 16-hectare park is home to hundreds of kinds of flower in the world.

A led lighting system has been set up at the park.

Artists from the K’Ho ethnic minority have resumed their gong performance to serve visitors to Mong Mo Hill.