Delicious dishes for a cold rainy day in Hanoi 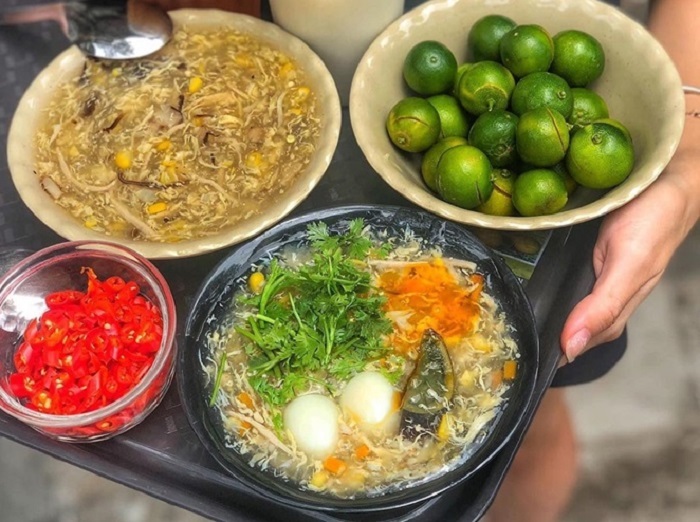 Among many delicious dishes in winter, chicken soup still holds a firm position in the hearts of young people in Hanoi. Unlike Western-style cream soups, Vietnam chicken soup has a sweet taste from corn and mushrooms, the aroma of shredded chicken and the taste of egg whites.

Chicken soup can be served with quay (bagel twists), salted shredded meat, herbs... Although it is processed from simple and easy-to-find ingredients, this nutritious dish can satisfy picky diners on cold days.

From 4pm, the famous chicken soup shops in the capital city are crowded. On cold days in Hanoi, there is nothing better than to hold a bowl of hot soup in hand, add a little pepper and chili powder to enhance the taste, and chat with friends. 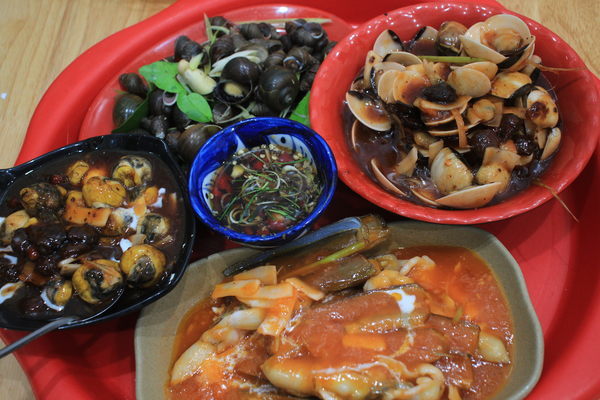 On windy days in Hanoi, many young people gather at sidewalk snail stalls that are always crowded. Diners sit close together on plastic chairs, sipping a hot cup of tea while waiting for a hot bowl of snails. It's not a luxury dish, but boiled snails have become a "true love" that attracts many diners.

According to "foodies", if you want to enjoy the true taste of boiled snails in the right way, you must order a bowl of boiled snails with no added spices, just boiled with a little lemongrass, and a few lemon leaves. The best flavor from this dish comes from a bowl of standard dipping sauce, which is made of fish sauce, ginger, garlic, chili, lemon, lemongrass to create a sweet and sour taste.

Many years have passed, and despite the appearance of many delicious dishes, banh duc nong (hot plain rice flan) is one of the dishes that gourmets think of first when winter comes.

Many people will immediately think of a 35-year-old restaurant on Trung Tu Street. Each bowl of hot plain rice flan includes a few ladles of flan, ground meat fried with wood ear and fried onion.

The special feature of this restaurant is the fish sauce that is moreish but not salty, imbued with a special flavor. Diners can sprinkle a little more pepper or chili powder to make the dish more flavorful. 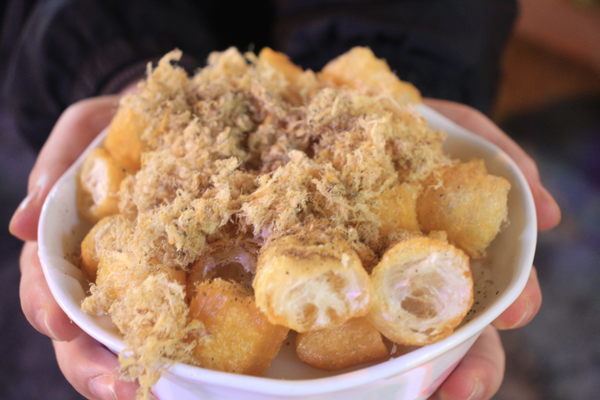 Hanoians are very familiar with this "delicious, nutritious and cheap" dish. The hot pot of delicious rib rice porridge has long been an afternoon snack, a light breakfast or a warm night snack for Hanoians.

It is not difficult to process this dish but it is not easy to make a delicious pot of rib rice porridge. The rice must be thick, smooth and fragrant, and sweet while the pork ribs must also be cooked well.

This dish is made of two main ingredients: white rice and spare ribs. The ribs are first stewed for one hour. The cook then takes them out, puts the rice in the broth and cooks until it turns into porridge. Next, the ribs are deboned before being put back into the porridge pot. A perfect bowl of rib rice porridge is the combination between the sweetness of the broth, thanks to ribs stewed for hours, and the tenderness of the pork and porridge.

This kind of porridge is served with crispy bagel twists, a little pepper or chili powder.

Depending on their recipe, each rib rice porridge shop in Hanoi has its own flavor that will satisfy diners. 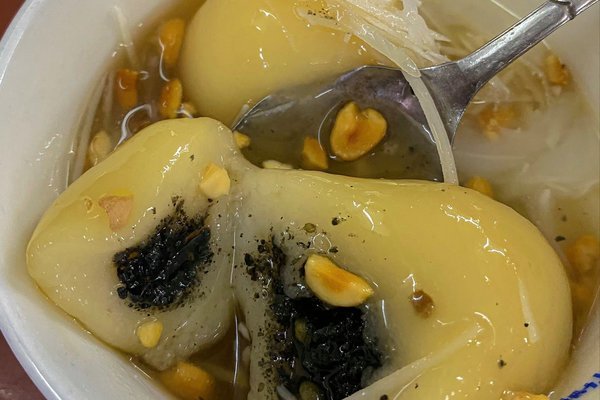 Cooking glutinous rice dumplings in ginger syrup is an art. The cook must be delicate, careful and skillful in each step including making the ginger syrup, cooking the fillings, and forming the dumplings.

Hanoi’s autumn is also the season for com or young sticky rice flakes. Not only Hanoians but also travelers to the capital city always remember and love the special taste of this very good green sticky rice.