The Khanh Hoa Folk Show in 2020 will be held by the Department of Culture and Sports, Ngoi Sao Moi Company in HCM City, and HCM City Performing Arts Centre. It will start on August 1 at the April 2nd Square in Nha Trang City and feature many famous Vietnamese singers Dam Vinh Hung, Phi Nhung and Ho Quynh Huong.

The show aims to promote Khanh Hoa unique heritage. It also celebrates the 18th Party Congress in Khanh Hoa and hopes to attract more visitors with new services and entertainment.

Khanh Hoa has been praised for its natural beauty with beautiful hills, beaches and lakes. It is also known for the diverse culture of many ethnic minority groups including the Ede, Raglai, and T'ring. The show will recreate and honour traditional ceremonies and rituals popular at various festivals including the Cau Ngu, Bo Ma and Thien Y Thanh Mau festivals.

The three-part show will include the origins of the province, Khanh Hoa-cultural flows and finally promote the cultural melting pot of the province so that the audience can gain an insight into the different groups and cultures in Nha Trang.

Since the tourism sector has been badly affected by the Covid-19, the organising board hopes to build the show into a popular brand for the city and turn it into an annual event to attract visitors. 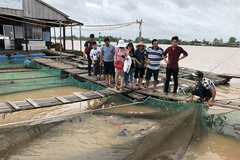 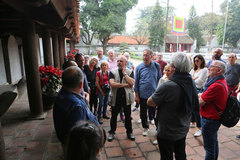