Provinces in the southeast region have agreed to participate in a tourism stimulus programme that will help reduce locals’ anxiety when travelling.

The deputy director of the Ba Ria -Vung Tau Provincial Department of Tourism, Tran Thi Thu Hien, said that safety is the angle that participating travel agencies should pursue.

A digital map on safe tourism has been developed to make it easier for locals to plan their trips ahead.

Tourism departments in the seven localities are responsible for creating new tourism products and offering promotions and discounts.

Ba Ria -Vung Tau will be the first province in the southeast region to announce the second tourism stimulus programme.

The director of its Tourism Department, Trinh Hang, said that the province witnessed positive changes after the first tourism stimulus programme. Compared to the same period last year, it welcomed 1.7 million tourists in July, up 15.3 per cent.

When the second COVID-19 outbreak occurred August, the provincial authorities carried out necessary measures in an effort to prevent community transmission, Hang said.

During this second tourism stimulus, 100 per cent of tourism establishments in the province have planned promotions, up to 30 per cent discount for three-to-five-star hotels and 20 per cent for one-to-two-star hotels. Fees to enter popular attractions will be decreased from 10 to 30 per cent as well.

“From now to the end of this year, all travellers who choose tourism services with tourism stimulus signage will receive at least 10 per cent discount compared to the listed price,” Hang added.

The chairman of the Vietnam Tourism Association, Nguyen Huu Tho, said that neighbouring localities that have advantages in ecotourism, beautiful resorts and coastal lines should cooperate with each other.

The chairman of the Board of Directors of Vietravel Company, Nguyen Quoc Ky, said that the company was able to generate significant revenues in July.

He stressed the importance of efficient use of human resources during the time of pandemic. The company has divided its labour force into five groups, with the core group working non-stop, while the remaining ones are reporting at various times. The fifth group was asked to leave the company.

At the same time, Vietravel has focused on marketing to launch well-rounded tourism packages.

“The company used to take domestic tourism lightly, and this unfortunate period has provided us with a chance to re-examine our business plan. In addition to treating domestic tourism with kindness, authorities need to come up with efficient campaigns to recover the sector,” Ky said.

Besides Vietravel, many travel agencies have “spiced up” their products, which can be seen in the case of Binh Chau hot spring tourist area in Xuyen Moc District in Ba Ria -Vung Tau.

Pham Anh Kha, a representative for the project, said the Binh Chau hot spring tourist area has been renovated with a total investment of over VND1,500 billion.

The increasing number of tourists coming to the area recently has been a positive sign.

Meanwhile, Huynh Van Son, chairman of the Board of Directors of the Sai Gon Star Company, said the company has carried out research on night tourism.

The Ministry of Culture, Sports and Tourism has collaborated with the Ministry of Health and Ministry of Information and Communications to develop a safe tourism map with clear, updated information on the COVID-19 pandemic. 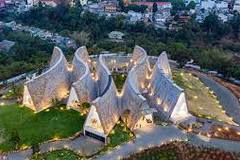 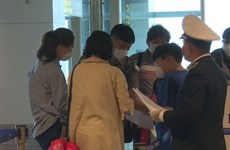 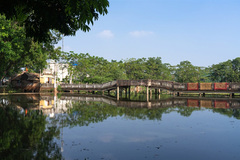 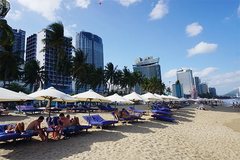 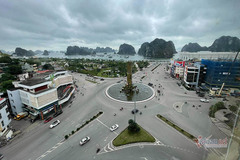