The tour, called the "French Architecture in Downtown Hanoi", has been jointly organised by the National Museum of Vietnam History and Hanoitourist, bringing tourists to the most beautiful streets of the capital.

They stop at various historical and cultural sites like the Opera House, the Tonkin Palace and the Sofitel Metropole Hotel to learn about the history of the buildings.

At the National Historical Museum, they can see national treasures like the Ngoc Lu drums dated back to Dong Son civilization (some 800BC) and gold books and royal seals dating back to the Nguyen dynasty (1802-1945), the final feudal regime in Vietnam.

At the museum, the visitors can experience an audio guide app for the first time.

“We are so excited to join the tour with other parents and children,” Tuyet told Việt Nam News. “After so long time at home and learning online, our children can now meet one another and follow the guide to learn about history. The lesson is light, fun and useful for them.”

Hoang Thao Ngan, a fifth-grade pupil, said she learned more about architecture and history than she ever would have from a book.

“I have more knowledge for my literature writing assigned by my teacher,” she said.

Duong Khanh Toan, another resident in Hoan Kiem District, joined the tour with his family. He said they all enjoyed the relaxing trip.

“I have visited the Opera House and the museum many times, but thanks to this tour I understand more about the hidden meaning inside the architecture and objects,” he said. “I understand more of the value of the buildings and I love the city even more."

Deputy Director of the museum Nguyen Thi Thu Hoan said the tour is specially designed for visitors to the capital, which links the museum with sites in Hanoi that share historical and architectural values.

“The tour combines the guide with an audio app, through the use of a QR code to ensure visitors safety in the new-normal context,” she said.

According to Phung Quang Thang, director of Hanoitourist, after the fourth wave of the pandemic tourism activities adapted in response to the pandemic situation.

“We cooperated with the museum to introduce this tour, aiming at people who want to understand the capital’s culture, architecture and history, especially children and parents.”

Thang said that to ensure safety, each tour group will have no more than ten members. Groups will keep their distance from one another following a 'no touching' guideline.

When visitors register for the tour, the company checks health conditions carefully.

“For adults over 18 years old, they should have two doses of vaccine,” he said. “We have also introduced to visitors existing pandemic prevention regulations, issued by the healthcare authority,” he said.

The tour will be organised every Saturday and Sunday for the next few months.

Thang said century-old French architecture in Hanoi, including various State-own buildings and private villas, will be the highlights in the tour.

The objects are classified into groups, topics, and collections. The guide audio content is provided in 60 minutes, 120 minutes and 180 minutes versions, in Vietnamese, English and Korean.

Hoan said over the next few months the museum will offer an online tour of more topics.  She said the tour has been designed based on various earlier live activities the museum hosted before the pandemic like “One Hour Working as a War Volunteer” or “Being a Primitive Person”. They received a lot of positive feedback from the public.

The walking tour is built under the guideline of the government to achieve the joint goals of controlling the pandemic while developing the economy.

“We chose these three destinations so that visitors can have a general view to figure out and compare distinguished values of the buildings, the architecture styles as well as the exchange between Vietnamese culture and western culture in early 20th century,” Thang explained.

The visitors can combine historical events and exhibits at the museum with the Tonkin Palace and the Opera House to further understand their history, as well as have new experiences during the tour,” he said.

After nearly a decade of ruling in Vietnam, the French colonial government desired a “French-style administrative capital in Indochina”.

As a result, they built the Presidential Palace, the Opera House, Tonkin Palace, Government Guess House, Sofitel Metropole Hotel and the State Bank of Vietnam in French architecture styles.

A safety tour with a combination of automatic audio guides and traditional sightseeing was launched on October 23 at the Vietnam National Museum of History. 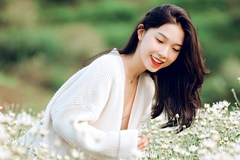 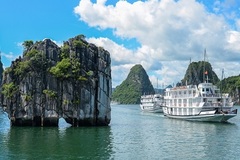 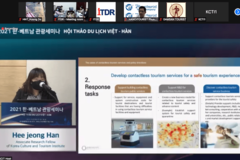 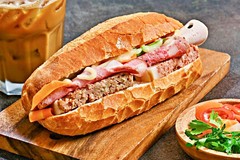 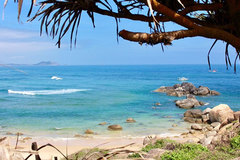 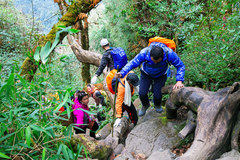 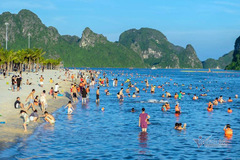 Travelers who have been fully vaccinated with two Covid-19 vaccine doses will be exempted from Covid-19 testing. 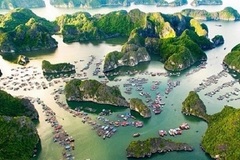 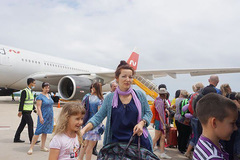 Vietnamese travel operators have revealed that tens of thousands of Russian tourists have booked tours to travel to the nation.