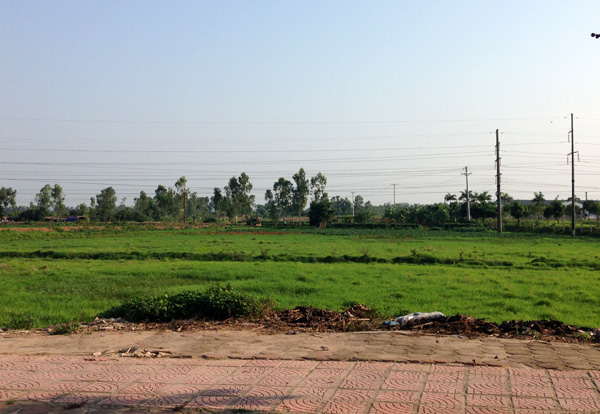 The capital city urban development plan, under which Hanoi would expand towards the West, prompted investors to inject money into real estate projects in the area, especially when Hanoi expanded in 2008.

Hundreds of projects, large and small, apartments and villas, were kicked off in the west of the city in 2008-2009.

However, the hot development of the western area has forced many investors give up the game because of the lack of financial capability.

As a result, many projects have been left unfinished, while people cannot move to the area because of the lack of infrastructure.

Sudico started its Nam An Khanh project a long time ago, but the project has been going very slowly.

Meanwhile, of the 28 units named by the Hanoi Taxation Agency, the Phu Luong new urban area project is one of the projects with unpaid land use fees, about VND1.5 trillion.

The investor of the project has been trying to mobilize capital from clients. It can only finish site clearance and the road linking the project.

The project is expected to cover an area of 34.1 hectares where there would be 699 houses and 391 villas.

The Thanh Ha-Cienco 5 project is known to everyone as disreputable. As the market froze, the project was left unimplemented.

As it owes money right and left and got involved in a lot of troubles, hundreds of billions of dong worth of capital injected by secondary investors were ‘buried’.

Time for projects to change hands

A lot of real estate developers, who became rich after the crisis, are considering taking over the dead projects.

Sudico said it has transferred some component projects of Nam Anh Khanh project, receiving VND2.6 trillion from the deals.

Le Thanh Than, a well-known businessman, has unexpectedly announced the takeover of Thanh Ha-Cienco5 project. The well informed business circle said the buyer may have to pay VND3.5 trillion for the deal.