U70 pals complete 50-year vow by traveling 6,000 kilometers through 32 provinces

Four U70 buddies completed a 5,714 km trek by pickup truck from Lam Dong to Northwest and Northeast provinces in 15 days, realizing their 50-year-old goal.

They toured 32 provinces and towns, set up tents together, rested along the road and visited long-time friends in just 15 days.

For the trip from South to North, Mr. Quang and his buddies U70 used a pickup truck stocked with everything from gas burners, pots and pans, dishes, tents, tables and chairs to instant noodles. Because the members are older, they prepared additional medications in case of illness.

Mr. Quang and three companions all attended Bao Loc Nong Lam Suc School. The group had planned to visit the West and Northeast to witness the spectacular natural beauty with various woods and lush flora. But after graduation, they couldn't realize their ambitions since they were all occupied with jobs and life.

They felt nostalgic about school days when they had the chance to link up and exchange old stories. They decided to tour the country's top regions, recalling earlier wishes.

The trip was supposed to begin on the 5th day of the Lunar New Year, but Mr. Quang and his companions decided to go a day early. They were all warmly supported by their loved ones despite their extended absence.

The participants were willing to adopt the attitude of modest living circumstances if they could not locate a place to rest because it was a self-sufficient tour.

“If we could not locate food or lodging along the journey, we would prepare tents and other essentials. We were scared about our health, but we felt better the more we travelled," Quang said.

They were in the West and Northeast of Vietnam a week after departing Lam Dong. They visited almost 20 provinces and cities, as well as several historic and scenic locations.

Mr. Quang's most memorable experience in Ha Giang was at the Lung Cu flagpole (located in Dong Van district). Seeing images of locals in the highlands carefully cultivating each seed in the soil and many young people from the South visiting Ha Giang moved the 65-year-old to tears.

“Despite my age and failing health, I still attempted to climb to the top of Lung Cu flagpole. I felt tremendously joyful gazing at the image of the national red flag with the yellow star fluttering,” Mr. Quang said.

The company of old acquaintances made this journey more personal and significant for Mr. Tran Van Chung, who had previously gone by motorcycle to the West and Northeast.

“Under past travels, we primarily toured nearby areas in the finest conditions. But this voyage was the most unforgettable milestone of our lives since we had to wait so long,” Mr. Chung added.

“In case of an unforeseen catastrophe, we must ensure the technique and quality of the automobile as well as the medication, the most essential living materials,” said Mr. Trung.

Aside from the ‘Four Great Passes’ of the Northwest, the Me Pia Pass (Bao Lac District, Cao Bang Province) pleased this seasoned traveller the most. It was 2km but 14 stories of steep hills and hairpin twists.

"We regularly see strong fog early in the year. We sometimes traverse the pass with barely 2-5m visibility owing to fog, and the roadside is not reflective. I had to follow the local license plate on automobiles at times,” He said. Mr. Chung had a Google Map guide next to the driver's seat.

“Early in the year, heavy fog is common. Owing to that, we barely had barely 2 to 5 meters of visibility and there were no reflective signs, so we had to grope our way up the mountain. We waited for the local license plate on automobiles so that we could keep up,” recalls Mr. Trung.

The four guys were thrilled to be back home after the journey. Going beyond the meaning of a simple vacation, this was a treasured experience that deepened their connection and fulfilled their long-held dream. They also took part in philanthropic activities in different places along the journey. 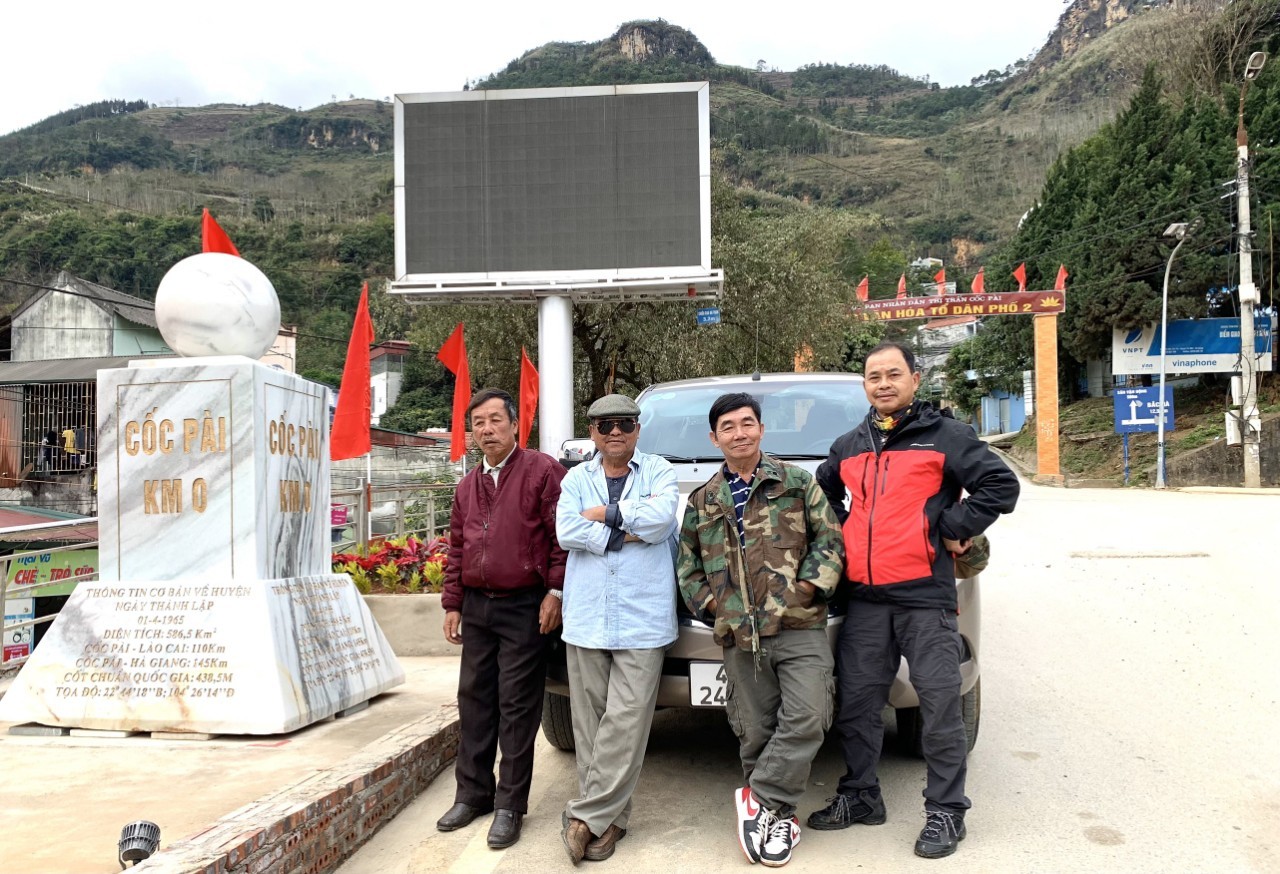 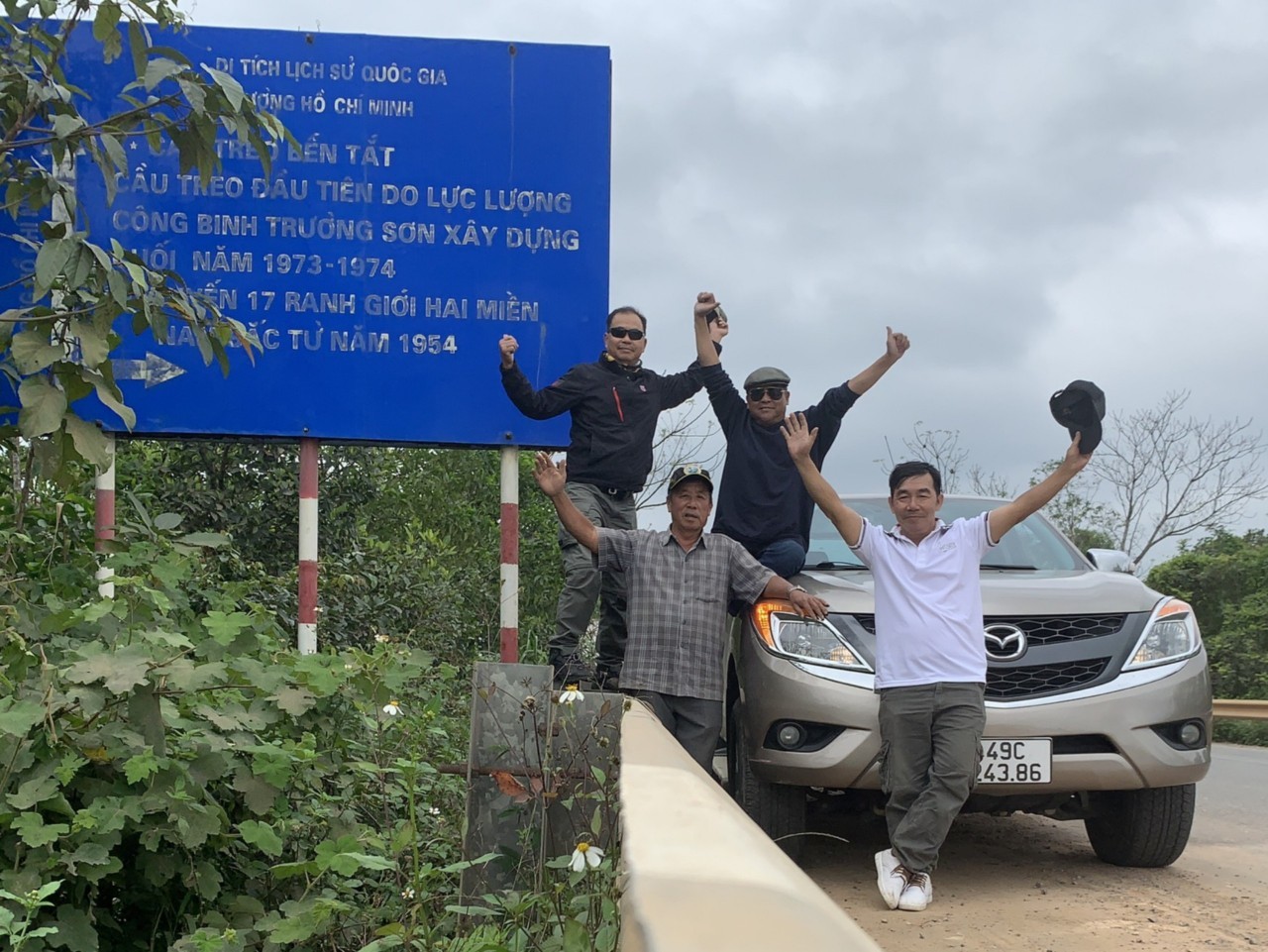 Previously, these U70 pals had taken several short journeys together, but this one was more significant. 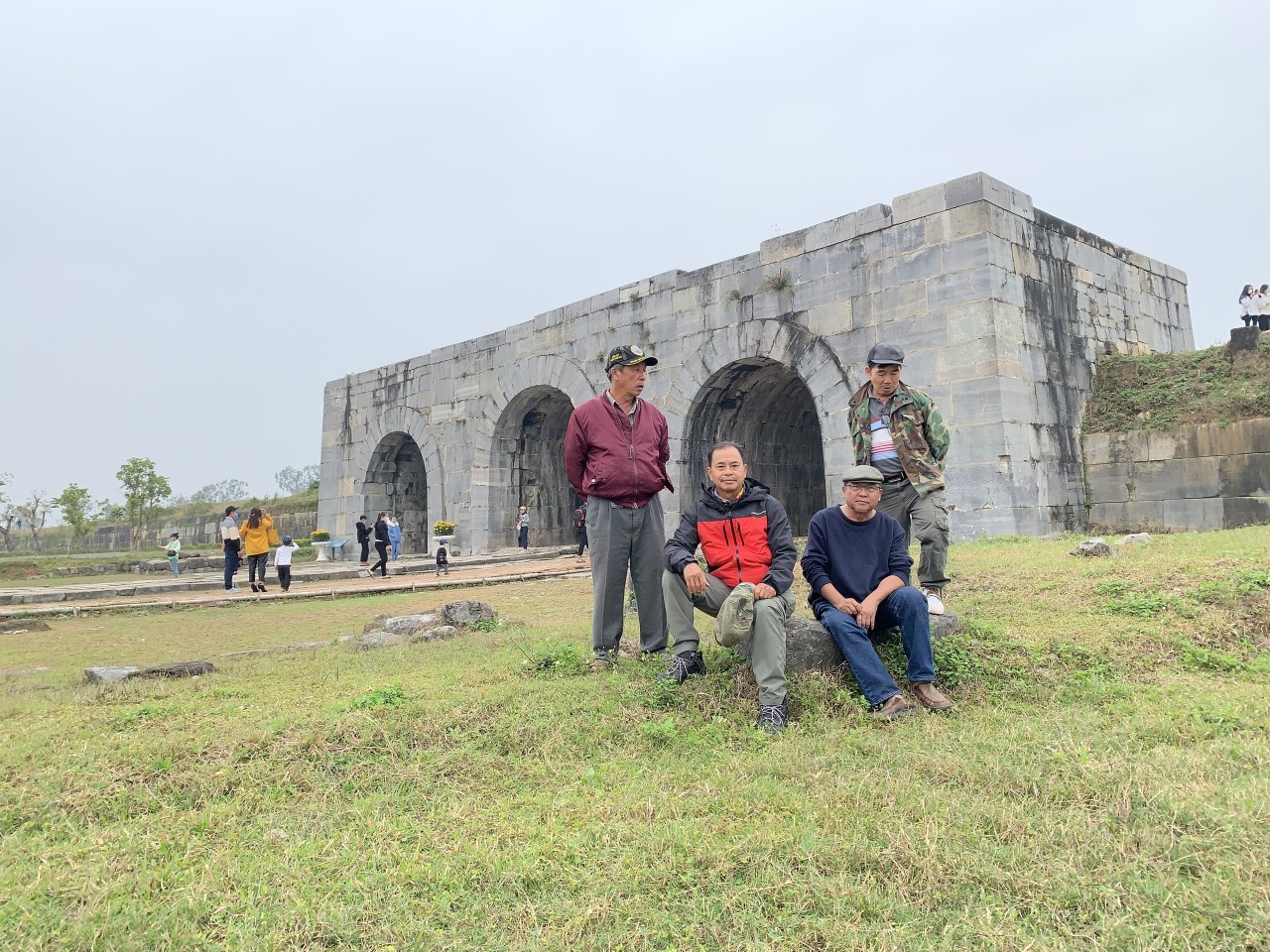 Pictured is the Ho Dynasty Citadel (Thanh Hoa) that these guests recently visited on this journey. 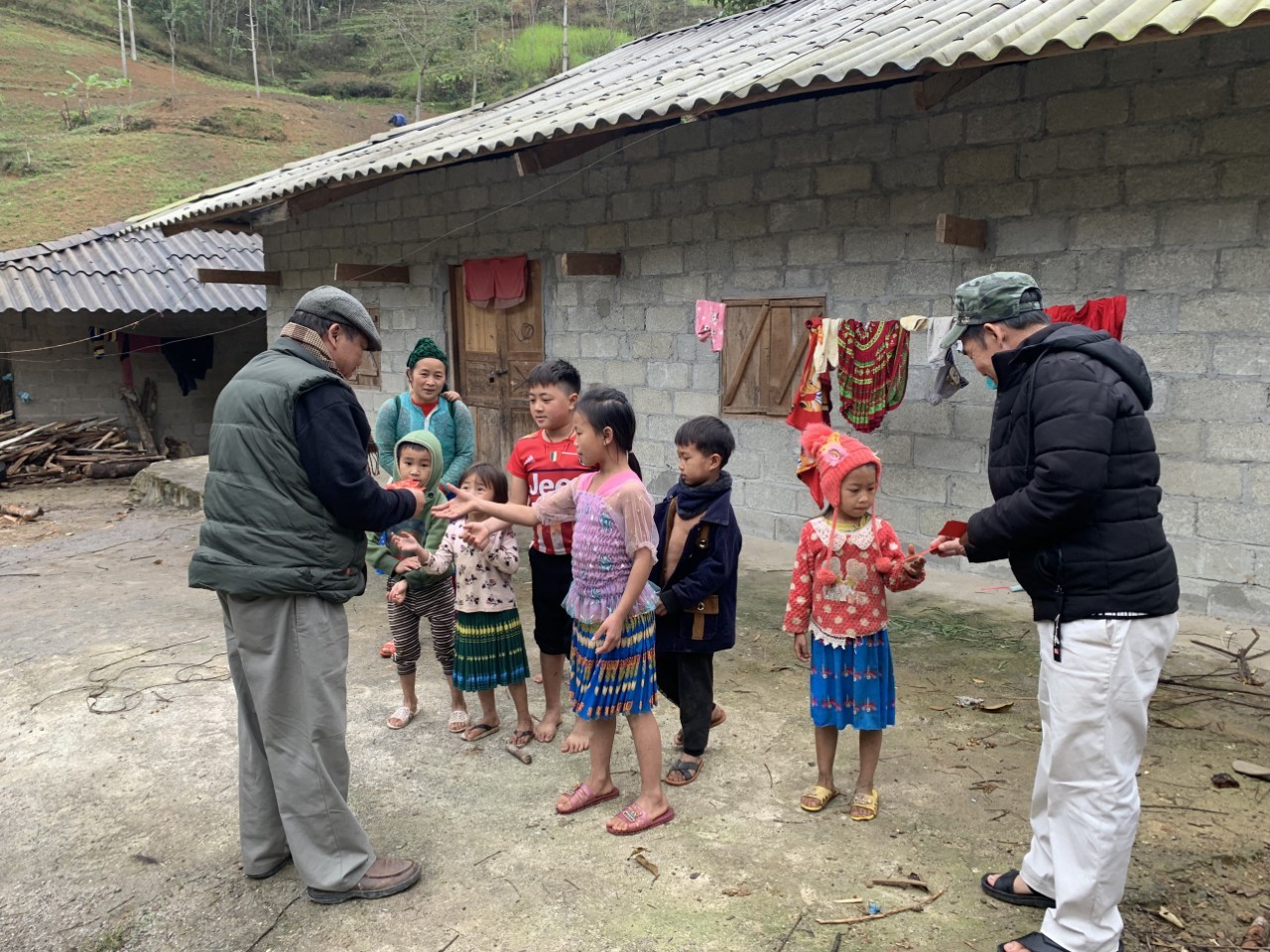 The men prepared sweets and lucky money to offer to the highland youngsters they met. 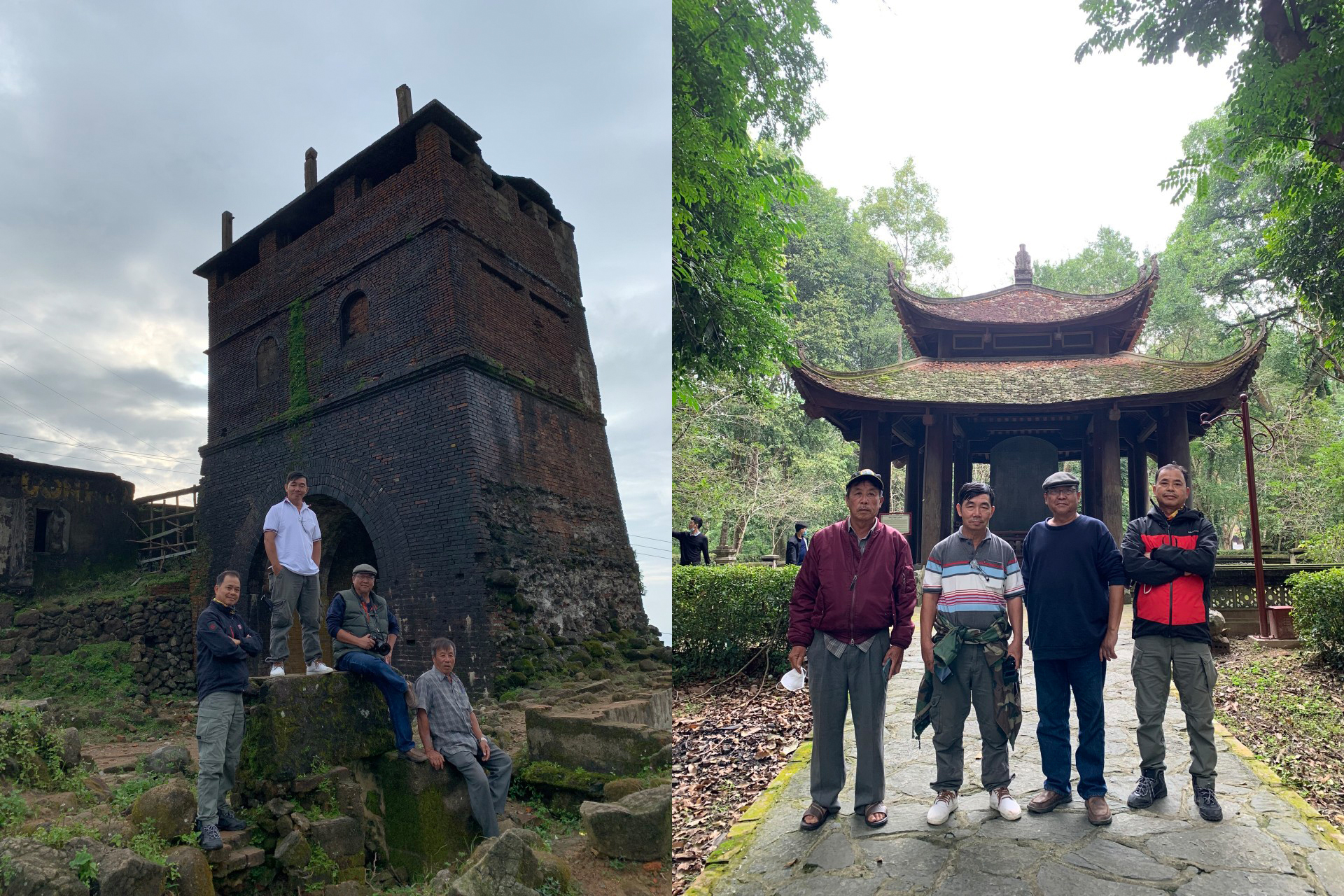 They made the most of their time in each region by visiting scenic locations and historical monuments. 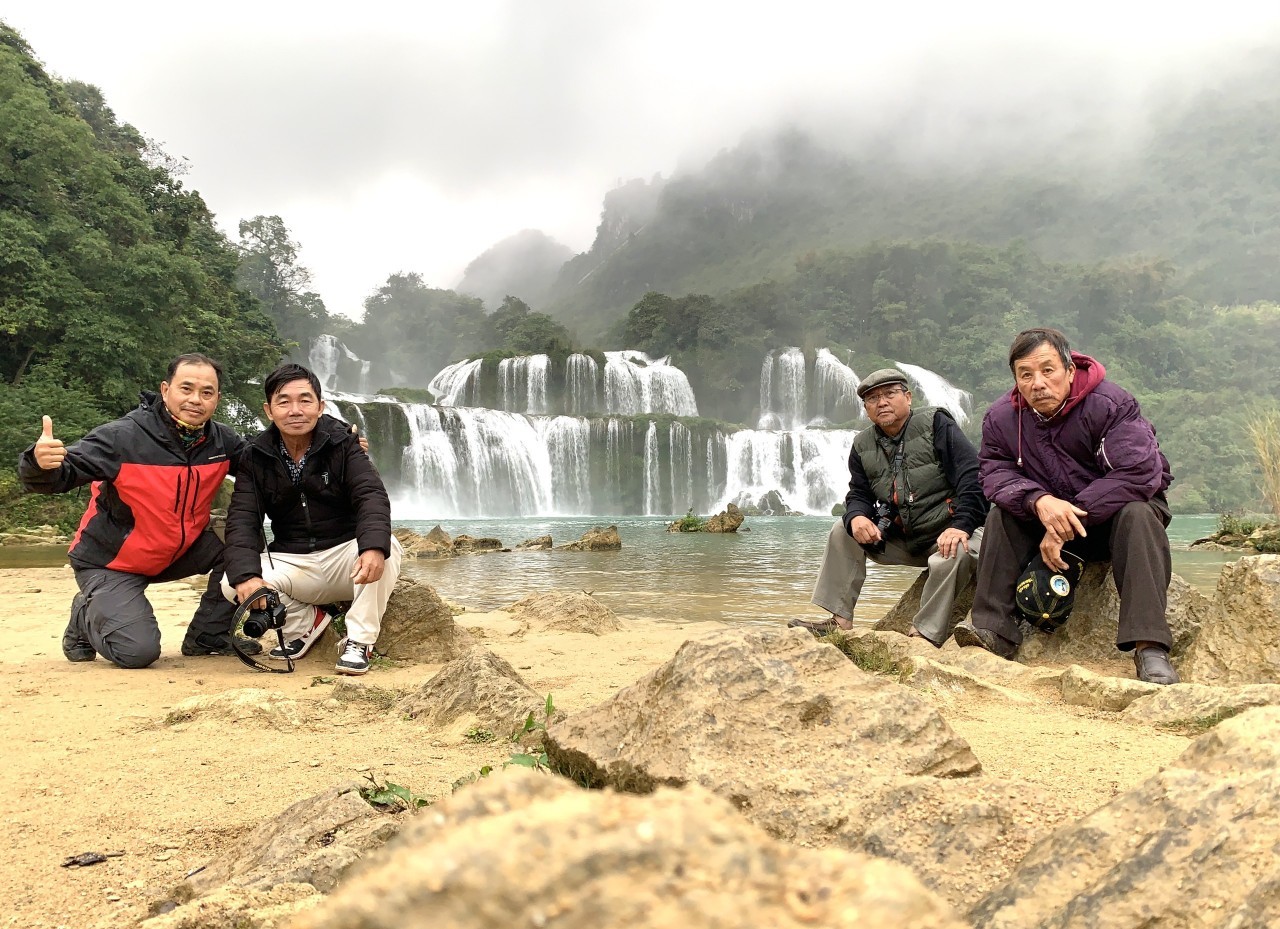 At Ban Gioc waterfall   (Cao Bang), close pals of the U70 were eager to pose for a picture. 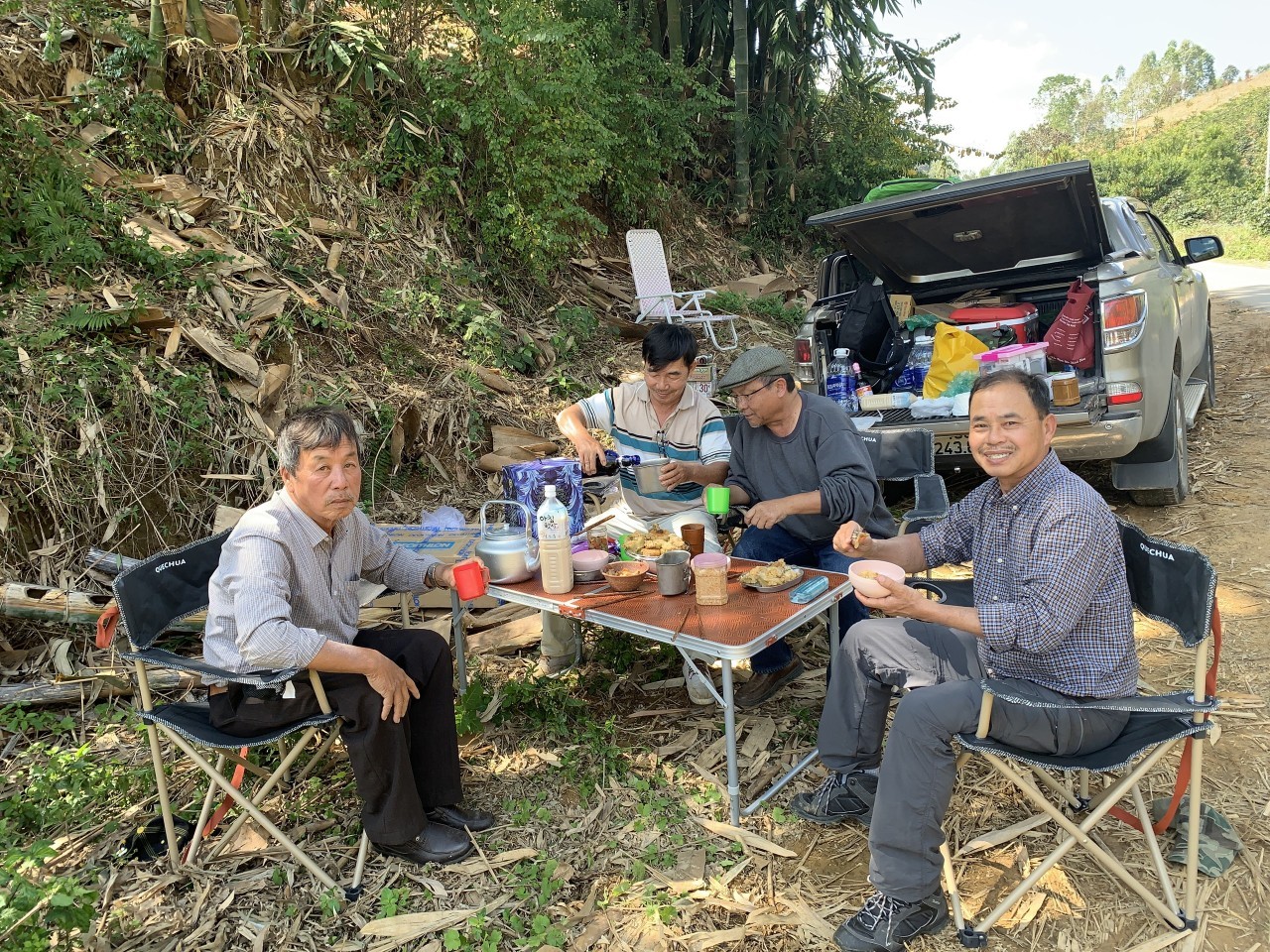 The group takes advantage of break stops and eats cheaply so they may spend more time on their journey. 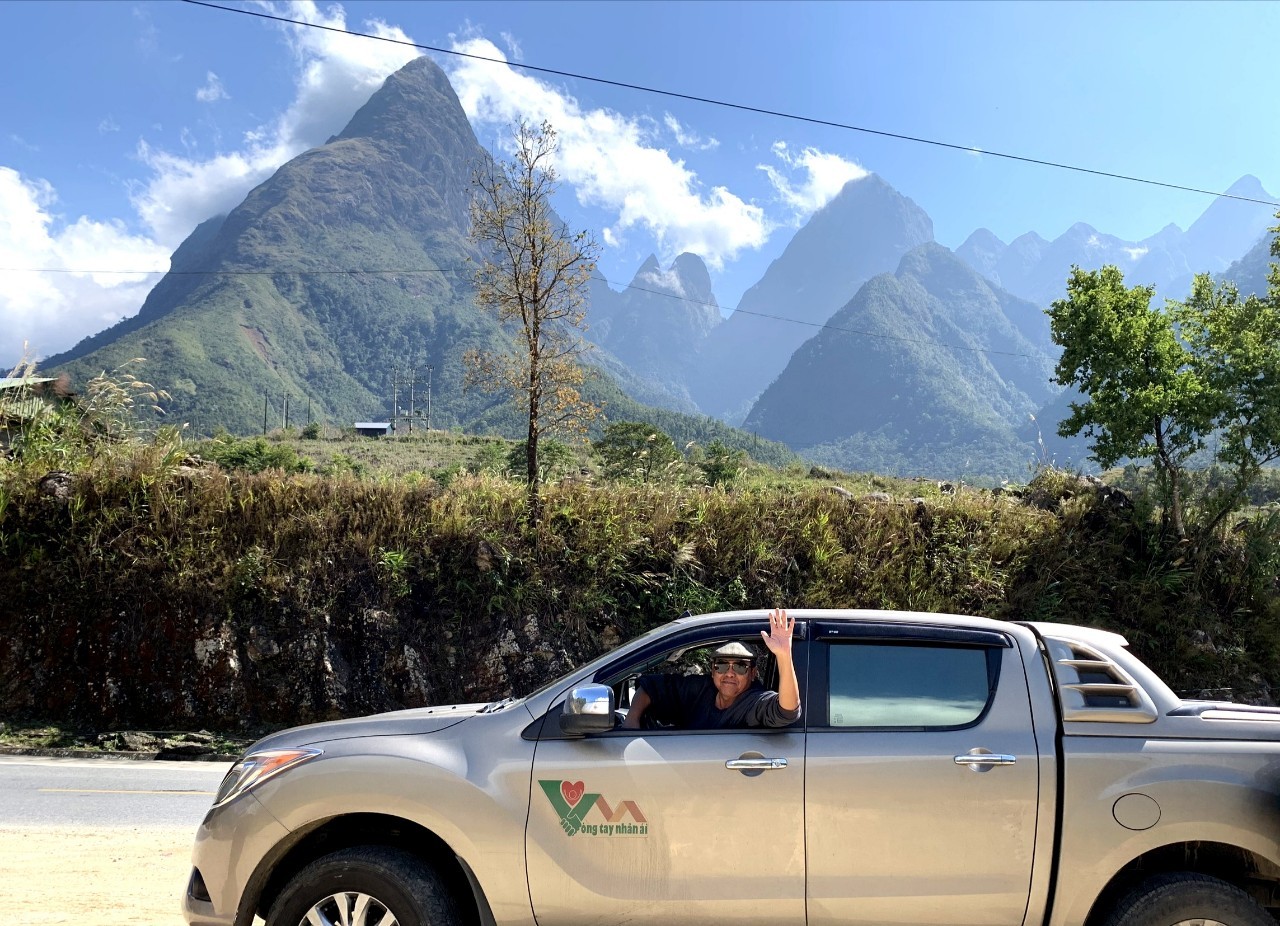 Mr. Trung's pickup truck accompanied the U70 close friends during the trip. 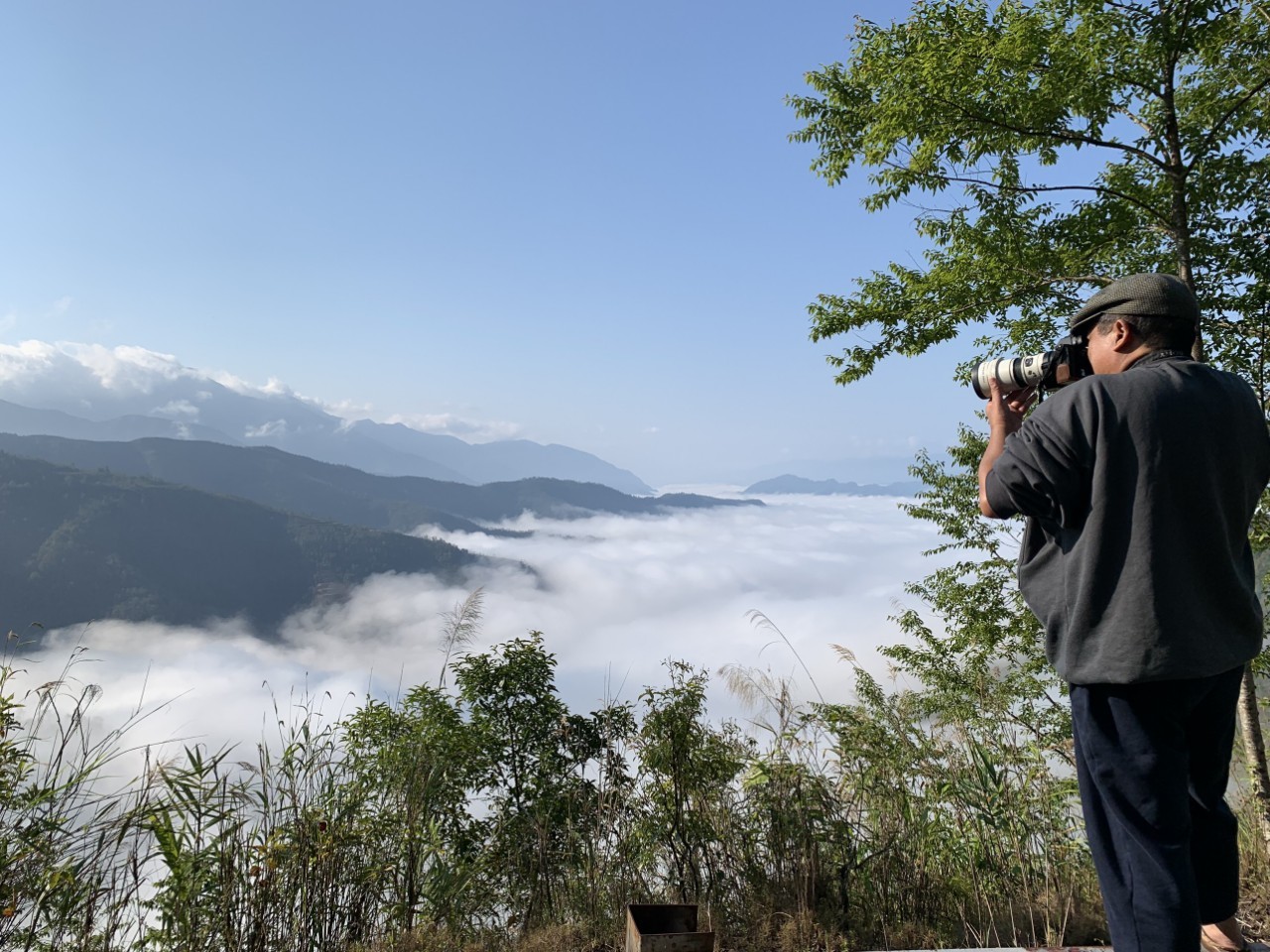 Mr. Trung captured the group's journey across the nation with a professional camera. 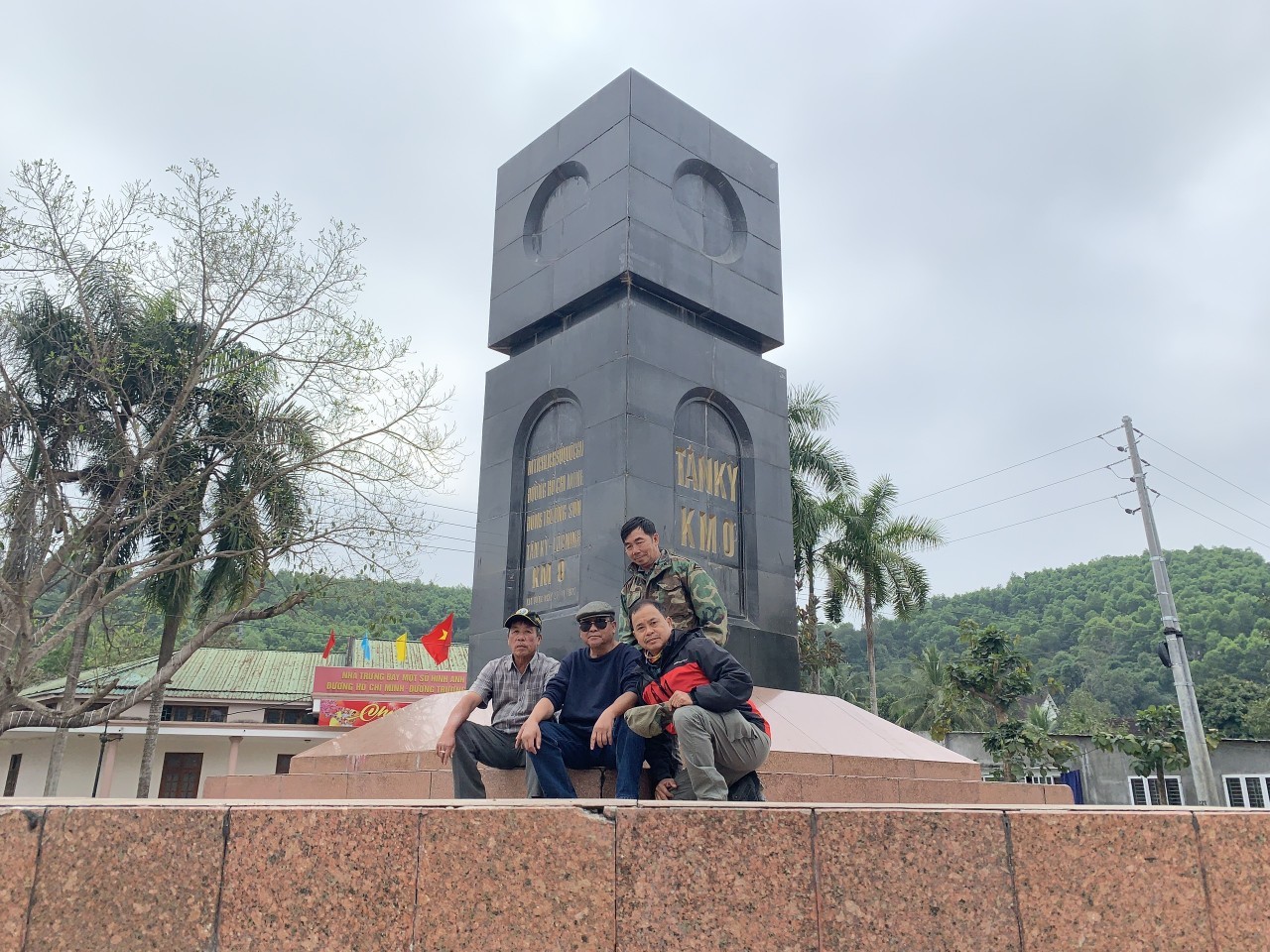 The U70 travelers take souvenir photos at landmark 0 (Nghe An). 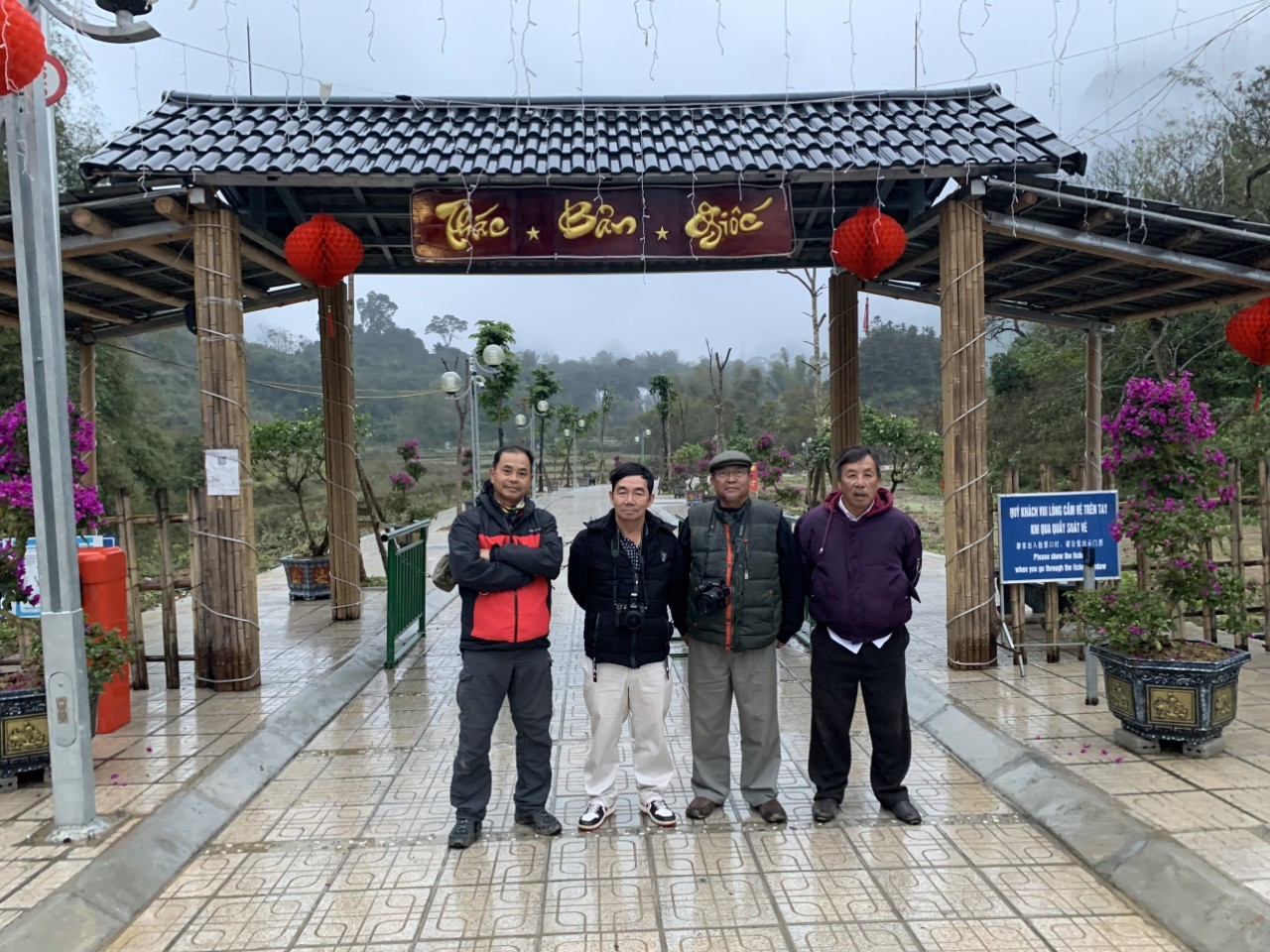 They finally fulfilled their childhood desire to visit the West and Northeast together, despite the fact that they're now in their autumn years.

Ms. Lang Tran has travelled to many cities in Vietnam, Japan, France and Indonesia for no more than VND800,000 (US$35) a day.