Unsafe food is the top cause of cancer in Vietnam

VietNamNet Bridge - Every year Vietnam has about 200,000 new cases of cancer, with 75,000 deaths, making Vietnam one of the countries with the alarming rate of cancer.

VietNamNet Bridge - Every year Vietnam has about 200,000 new cases of cancer, with 75,000 deaths, making Vietnam one of the countries with the alarming rate of cancer, according to a seminar held in HCM City by the Association for Standardization and Customer Protection of Vietnam last week. 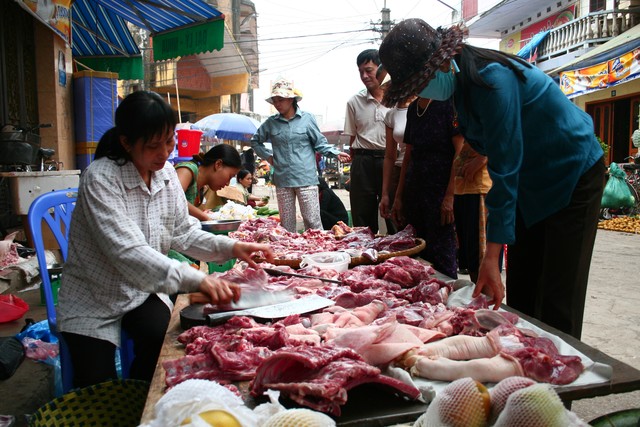 Data from agencies in 2014 and 2015 showed that 9,140 kg Salbutamol were imported to produce medicines but up to 6,268 kg of this substance were used in pig farming to produce lean pork.

According to the Ministry of Health’s evaluation, cancer is badly affecting the country’s society and economy  with more cases of cancer infections meanwhile it costs a big sum to treat the disease.

In particular, agents from unsafe food take the lead among the carcinogenic factors - accounting for about 35% of cases, while genetic factors account for only 5-10%.

Mr. Do Ngoc Chinh, head of the southern office of the Association for Standardization and Consumer Protection of Vietnam, said an alarming problem was the use of antibiotics and lean creating substances in livestock and farming to increase productivity.

Data from agencies in 2014 and 2015 showed that 9,140 kg Salbutamol were imported to produce medicines but up to 6,268 kg of this substance were used in pig farming to produce lean pork.