Vaccine 'passport' could help save tourism 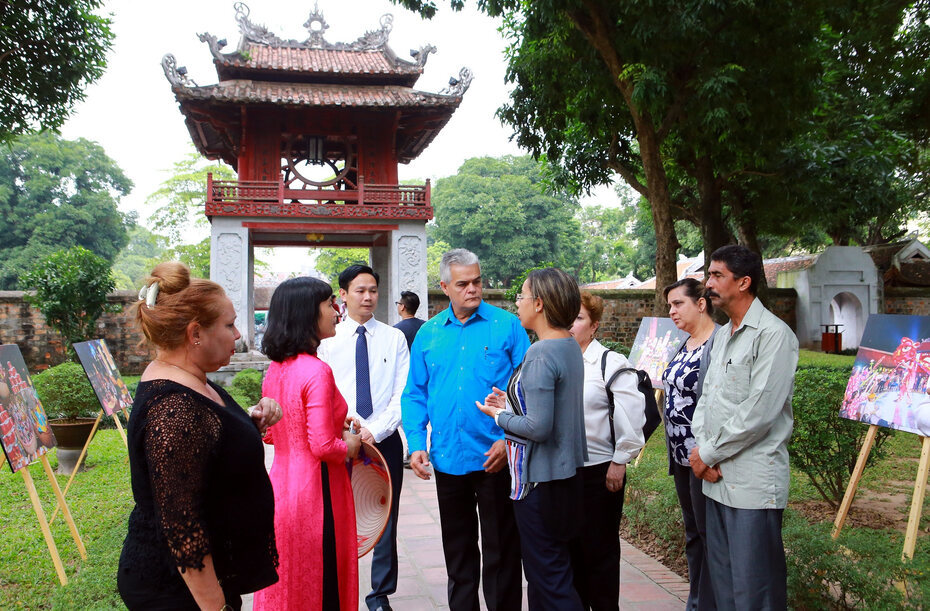 The World Tourism Organization (UNWTO) January 2021 report showed that the world underwent the biggest crisis in history in 2020 because of the Covid-19 pandemic with the number of international travelers droppef by 73.9 percent compared with 2019, equal to the figure of 30 years ago.

There were only 381 million international travelers in 2020 compared with 1 billion in 2019. This was attributed to the sharp fall in travel demand and the travel restrictions imposed by governments in an efforts to stop the spread of the virus.

The decline in the number of international visitors has caused international tourism export value to lose about $1.3 trillion, or 11 times higher than damage caused by the global economic crisis in 2009.

If considering tourism’s direct contribution to GDP, the pandemic has caused a loss of $2 trillion, or 2 percent of total GDP of the globe. Meanwhile, 100-120 million direct jobs in the tourism industry have been lost, mostly in small and medium sized enterprises.

In Vietnam, according to the General Statistics Office (GSO), Vietnam received 3.8 million travelers in 2020, a decrease of 78.7 percent from the year before. As many as 4,737 travel firms, hotels, transport agents and tourism service companies suspended operation and 1,296 companies completed procedures for dissolution.

According to UNWTO, international experts believe that Covid-19 vaccination on a large scale will help to gradually normalize tourism activities. The tourism recovery in 2021 depends on the vaccination process and cooperation among countries in applying travel procedures and the economic situation.

The vaccine passport is a new concept that many countries have considered when discussing opening the border.

This depends on pandemic control of governments and people’s resistance to SARS-CoV-2.

However, Thailand has had to stop the pilot program on opening the market to international tourists under the STV program with 90-day visas. The program to promote tourism between New Zealand and Australia also failed because of the virus resurgence in the countries.

Experts believe that if most of the world’s population is vaccinated by this summer, the world will see the tourism recovery in the second half of the year. In principle, short-distance tourism between neighboring countries will recover more quickly, and it will take more time to recover long-distance tourism.

They said that the success in curbing the pandemic and vaccinations will help recover tourism, but the recovery will still depend on cooperation among countries in terms of procedures, health safety ensuring, testing, vaccine certification, information exchange and media.

Experts’ predictions about the prospects in 2021 vary. Around 45 percent believe that the situation will be better, 25 percent are not sure about recovery, and 30 percent think there will be more difficulties in 2021.

Around 67 percent of experts believe the vaccine will accelerate the international tourism recovery, while 30 percent think this is just a possibility.

A question has been raised about when Vietnam will have enough vaccinated people to open the market and receive international travelers.

In general, when 70-80 percent of population gets vaccinated, Vietnam will have herd immunity.

Government officials and experts believe that the worry about frontline workers (medical workers, policemen, border guards and soldiers) getting infected with Covid-19 will be lifted by June 2021 as they will be the first people to get vaccinated.

It is expected that by December 2021, herd immunity willl be attainable in some key economic and tourism cities and from January to June 2022, the large-scale vaccination throughout the country will be implemented to reach herd immunity.

As such, Vietnam will only be able to step by step open its market from June 2022 and normalize international exchange, if other countries also gain satisfactory achivements in controlling the pandemic thanks to the vaccination programs.

Travel on buffalo back