Vietjet CEO in top 100 most powerful women in the world

VietNamNet Bridge - Forbes magazine has published the list of 100 most powerful women in the world, including a Vietnamese woman.

VietNamNet Bridge - Forbes magazine has published the list of 100 most powerful women in the world, including a Vietnamese woman. 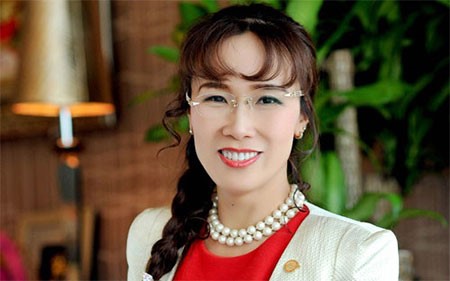 The list of the top 100 powerful women in the world by Forbes this year continues honoring German Chancellor Angela Merkel at the top spot. This is the 6th consecutive year Merkel ranked first in the list.

US Presidential candidate of the Democrats Hillary Clinton is ranked second, behind the chairwoman of the US Federal Reserve Janet Yellen, the wife of billionaire Bill Gates and the CEO and Chairwoman of General Motors Corporation - Mary Barra.