Chair of Vietnam Airlines Pham Ngoc Minh says the nation’s flag air carrier is planning to raise wages for its pilots equal to 90 percent of the average level in Southeast Asia.

Minh told the press on the sidelines of Vietnam Airlines shareholders’ meeting on May 10 that the airline is seeking permission for self-determination in wage policy for pilots. Though the plan has yet to receive approval, it has been trying every possible way to adjust the wages, income and allowances for workers. 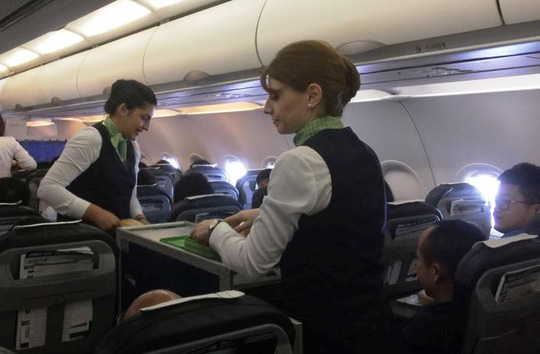 “We have announced the adjustment of wages for pilots. The current wages are 80-85 percent of the average level in Southeast Asia and will be 85-90 percent next year,” Minh said.

In 2018, Vietnam Airlines pilots received VND132.5 million a month on average. The air carrier, as a state-owned enterprise, pays salaries to pilots and workers in accordance with the state’s wage policies. Meanwhile, private airlines offer high wages and determine wage policies themselves.

Minh admitted this is a big challenge for Vietnam Airlines as it may lead to a brain drain.

The sources said airlines have to scramble for pilots because the aviation market is witnessing hot development, while Vietnam is seriously lacking pilots. Fledgling air carriers, which don’t have enough pilots, have to lure pilots from Vietnam Airlines.

Trinh Van Quyet, chair and CEO of Bamboo Airways, said in Nguoi Lao Dong that Bamboo Airways has pilots and stewardesses in abundance.

“A high number of candidates applied for the posts of pilots and stewardesses,” he said.

Quiet said the airline is using 10 aircraft and will expand the fleet, and is expecting to have 40 aircraft by this year end and 100 by 2020-2021. The pilots for Boeing 787s will be selected from those who have experience serving Japanese, South Korean, and Thai international airlines.

Prior to that, at the government’s press conference on May 4, Deputy Minister of Transport Nguyen Nhat confirmed that the ministry has received a report from Vietnam Airlines complaining about the massive departure of Vietnam Airlines’ pilots for Bamboo Airways.

“We are investigating the issue to find if the pilots violated current laws. However, this is a common thing in a market economy and the State cannot intervene in businesses’ affairs,” Nhat said.

Bamboo Airways plans to have 40 air routes this year