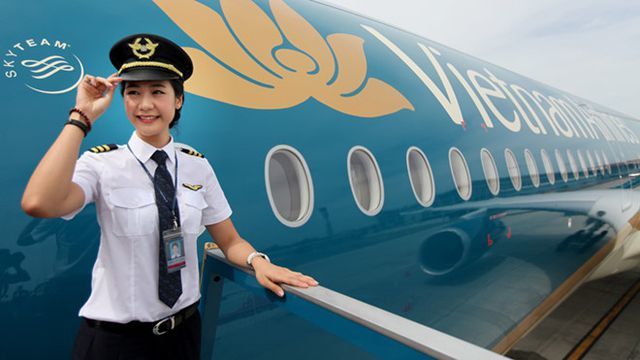 A female pilot of Vietnam Airlines

The national carrier Vietnam Airlines has gained the approval of the HCM City Stock Exchange to list its 1.4 billion shares on the southern bourse.

Vietnam Airlines launched its initial public offering (IPO) in 2014. The largest shareholder at the time was the Ministry of Transport with 86% of the capital. In 2016, Japan’s biggest airline ANA Holdings bought an 8.8% stake in Vietnam Airlines for USD108 million.

By late December last year, Vietnam Airlines had 1,118 pilots with 75.67% being Vietnamese pilots.

The salary for staff in other positions, except for those at the board of directors, was VND28.8 million per month, up 19.4% on-year. Dtinews