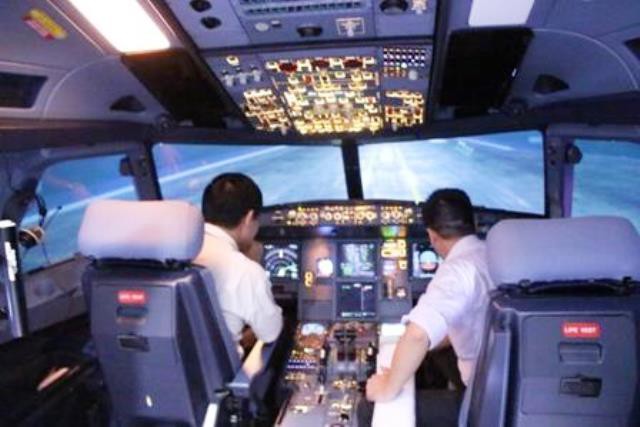 
The Ministry of Transport (MOT) and Vietnam Airlines have not made official statements about the reasons. The pilots said they don’t want to work in a bad working environment where there is discriminatory treatment. The pay for Vietnamese pilots is ‘too low compared with those for foreign pilots with the same capability’.

A Ministry of Industry and Trade (MOIT) report showed that the pay for the air carrier’s pilots is relatively high compared with the pay for high-ranking executives of the biggest economic groups in Vietnam.

Gia Dinh & Xa Hoi (Family and Society) newspaper quoted sources as reporting that the leaders of Vietnam Airlines met with pilots on May 30 to discuss the issue.

“They said the best paid pilot can receive nearly VND300 million. There is no such thing. They told lies about our salaries at the meeting with us,” a pilot said.

“They said a captain of Vietnam Airlines can receive VND270 million, but the real figure is VND120 million. Even the pilots with the maximum 100 flying hours never get such a high level,” he added.

Another pilot, who has resigned, said at Vietnam Airlines, a captain receives VND120-130 million a month, while first officer VND60-70 million. First officers can receive up to VND150-160 million from other airlines.

He went on to say that at Vietnam Airlines, the pay is different between Vietnamese and foreign pilots. “The pay for Vietnamese is half of that of foreigners,” he said.

A captain of A321 Team, when he works at full capacity, can receive VND120 million. Meanwhile, other airlines would pay VND250 million for the similar position.

“I want to leave, but they (Vietnam Airlines) told me to pay VND1.9 billion in compensation. I have been flying for Vietnam Airlines for 12 years,” he said, affirming that there is no provision about reimbursement in documents signed between Vietnam Airlines and pilots.

The group of pilots said they will file a lawsuit about two documents released by the Ministry of Transport – Circular No 41 dated August 12, 2015 and Circular 21 dated June 30, 2017, which they believe are contrary to the laws and are hindering from quitting their jobs.