Vietnam Airlines reconsiders date to open direct routes to the US 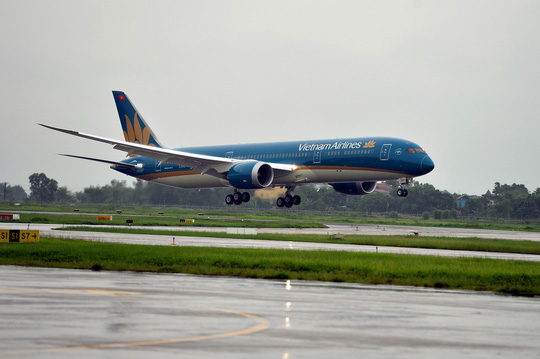 In the five-year (2016-2020) business plan approved by the Ministry of Transport, Vietnam Airlines plans to open direct air routes to the US by the end of 2018.

However, the national flag air carrier may have to reconsider the plan.

The Civil Aviation Authority of Vietnam's (CAAV) head Lai Xuan Thanh has said that the plan on assessing aviation safety surveillance capacity to be conducted by FAA (US Federal Aviation Administration) against CAAV (International Aviation Safety Assessment (IASA) Program) has been delayed.

Only if CAAV is recognized as meeting level 1 (CAT 1) in aviation safety surveillance capability, will the US Department of Transport (DOT) consider Vietnam Airlines’ application for opening direct air routes to the US.

In November 2016, Vietnam Airlines applied to open direct air routes to DOT under the spirit of the Vietnam-US Air Transport Agreement signed in December 2003.

Though Vietnam Airlines still has not opened air routes to the US, it has earned money from the vast market since 2006 through code sharing, 7 flights a week to 25 cities in the US.

At present, there are still no direct flights between Vietnam and the US. The passengers have to have at least one stop with the flight time of 20-56 hours. In low season, the best air ticket is $400, while in high season, the best is no less than $1,000 (to the West Coast).

Ten years ago, Vietnam Airlines planned to fly to the US with Boeing777-200, but now  plans to use Boeing787-9 or Airbus350XWB. However, passengers will still have one technical stop, raising costs.

Under Vietnam Airlines’ plan, there would be one technical stop in Tokyo, where aircraft  receive fuel to continue to fly to Los Angeles.
RELATED NEWS

Vietnam Airlines completing petition for direct flight to US