During the first phase of the construction, the work items include a runway, a passenger terminal with handling capacity up to 25 million people and a cargo terminal for 1.2 million tons of goods annually. 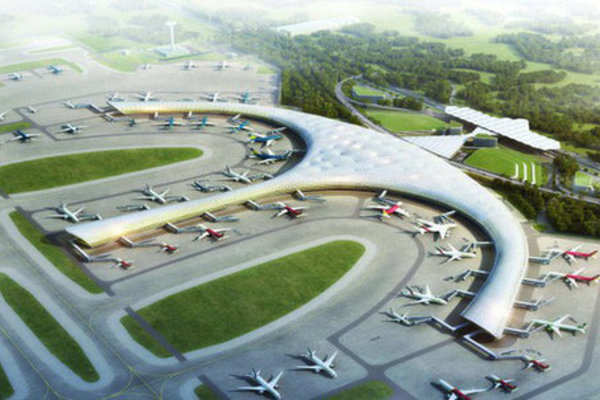 Total investment capital for the construction of Long Thanh International Airport is estimated at VND111.69 trillion (US4.77 billion) in the first phase, according to Minister of Transport Nguyen Van The.

The capital is allocated to cover construction fee, equipment, contingency costs due to price slippage factors, and interest rates, among others, The said at a hearing held by the National Assembly (NA)’s permanent committee on October 17.

During the first phase of the construction, the work items include a runway, a passenger terminal with handling capacity up to 25 million people and a cargo terminal for 1.2 million tons of goods annually, as well as other facilities, said The.

Following the pre-feasibility study of the airport, the construction of the first phase covers an area of 1,165 hectares, while the consultant proposed to expand the area to 1,810 hectares to add a logistics center, cargo station for fast delivery, solar power generation station, a detention basin, among others.

At the hearing, the NA’s Economic Commission requested the government to conclude the feasibility study for the second and third phases of the construction, ensuring high competitiveness of Long Thanh Airport compared to others in the region.

The commission warned additional facilities could lead to higher investment capital, expecting the government to revise their rationality to prevent a surge in the construction cost.

Additionally, the commission expressed concern over the government’s ability to meet the deadline for completion by 2025, due to the time-consuming nature of approving technical designs after approving the feasibility study, as well as complicated process of resettlement and compensation.