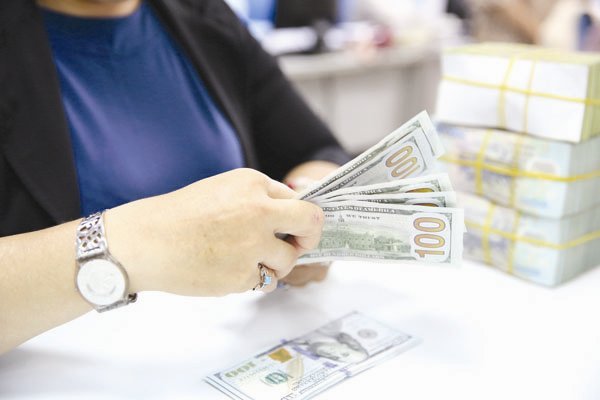 SBV(the State Bank of Vietnam) is now trying to withdraw dong from circulation through OMO (open market operation) after pumping a huge amount of dong into circulation when purchasing foreign currencies.

In such conditions, the interbank interest rates have increased once again. After decreasing to below 1 percent and bottoming out at 0.67 percent on June 27, the overnight interest rate in the second-tier market has increased again, exceeding the 1 percent threshold.

The interest rate in the first tier market has also begun rising again at some commercial banks.

Some banks have raised lending interest rates applied to some groups of clients, including real estate funding.

The anticipated dong liquidity narrowing and the capital mobilization cost increase in both first- and second-tier markets will put additional pressure on lending interest rates.

After slashing the dollar selling price on July 3, a senior official of SBV said besides the drastic measures to deal with the dong oversupply to ease pressure on the exchange rate and inflation, SBV will strictly control credit growth.

It is expected that the credit growth rate will be lower than the initially planned 17 percent level this year.

Commercial banks have recently been asked to control their credit growth and restrict lending to risky sectors such as real estate and BOT (build-operate-transfer) projects.

Analysts affirmed that in 2018 SBV does not feel pressure to expand credit to support GDP growth as it did last year.

Increasing the required compulsory reserve ratio has also been mentioned recently as an effective long-term solution to tighten monetary policy.

With the big cash amount in circulation (which not only includes dong spent to buy foreign currencies, but also state budget deposits at banks), OMO is not enough to withdraw money from circulation.

SBV in late May decided to lift the compulsory reserve ratio applied to Agribank from 1 percent to 3 percent for deposits of fewer than 12 months.

The monetary policy tightening has been recommended by many international institutions.

In late 2015, an HSBC report said Vietnam should tighten the monetary policy in 2016 after a period of loosening the policy to pave the way for a high credit growth rate.