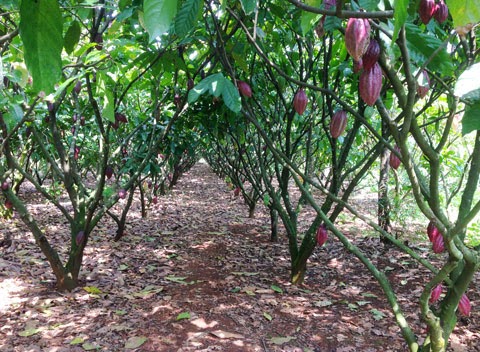 With CPTPP, Vietnam will have more opportunities to export farm produce

Can Van Luc, a finance expert, said that CPTPP will have a big impact on three business sectors in Vietnam, including trade, service and investment.

This included $1 billion poured into stocks and $700 million into bonds, much higher than in 2016.

Luc said that FPI capital to Vietnam in 2018 would be increasing more sharply in 2018 thanks to the bright prospects of Vietnam’s macro-economy and the signing of CPTPP.

“I am sure the CPTPP will have positive impact on the market. However, it is difficult to quantify the amount of capital. I think the foreign investors’ net purchases will be $2.5-3 billion this year after reaching $1.7 billion last year,” Luc said.

The recently released report of the National Finance Supervisory Council (NFSC) showed that the Vietnamese stock market has recovered from the sharp fall in early February.

“In general, the FPI potential in 2018 are great thanks to good macroeconomic indicators, including the dong/dollar exchange rate, stable inflation rate and the predicted high GDP growth rate of 6.8 percent in 2018. Of course, CPTPP also plays an important role,” the report said.

Local newspapers reported that South Korean enterprises have kicked off plans to expand investment in Vietnam in anticipation of South Korea’s possibility of joining CPTPP this year.

Lotte, for example, has announced a plan to scale up its business in Vietnam with a project on growing cocoa plants to export cocoa to South Korea and the project on building the EP factory in Dong Nai province to provide products to Samsung Vietnam.

It has kicked off the project on smart city in Thu Thiem urban area in HCMC and Lotte Mall Hanoi project.

An analyst noted that projects announced by Lotte are in the fields of agriculture, retail, infrastructure and supporting industries, to which Vietnam encourages FDI.