Vietnam could run up a US$4 billion trade deficit for the whole year after three consecutive years of a trade surplus, the Ministry of Industry and Trade (MOIT) said.

Vietnam could run up a US$4 billion trade deficit for the whole year after three consecutive years of a trade surplus, the Ministry of Industry and Trade (MOIT) said. 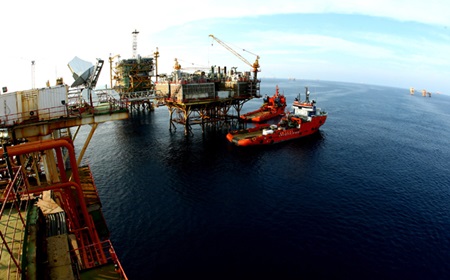 A view of the Bach Ho oil field, which belongs to the Viet Nam-Russia Oil and Gas Joint Venture (Vietsovpetro) under the Viet Nam Oil and Gas Group. Falling exports of crude oi, following global oil price declines, made the country's export revenue decrease. Viet Nam could have a US$4 billion trade deficit for all of 2015.

The ministry said the world goods market has been witnessing a downward trend due to decreasing demand. The trade data showed that Viet Nam's trade deficit has been mostly caused by Vietnamese firms, which had outperformed the foreign-owned sector in terms of export for many years.

Imports for FDI businesses increased 8 per cent to $62.3 billion while those of domestic companies shot up over twice the rate at 18.1 per cent to $90.2 billion, the GSO said.

The United States remained Viet Nam's largest export market with sales of $30.6 billion (up 17.6 per cent), followed in descending order of importance by the European Union, the Association of South East Asian Nations, China, and Japan, along with the Republic of Korea.

China was the biggest import market with an estimated value of $45.1 billion, up 14 per cent.