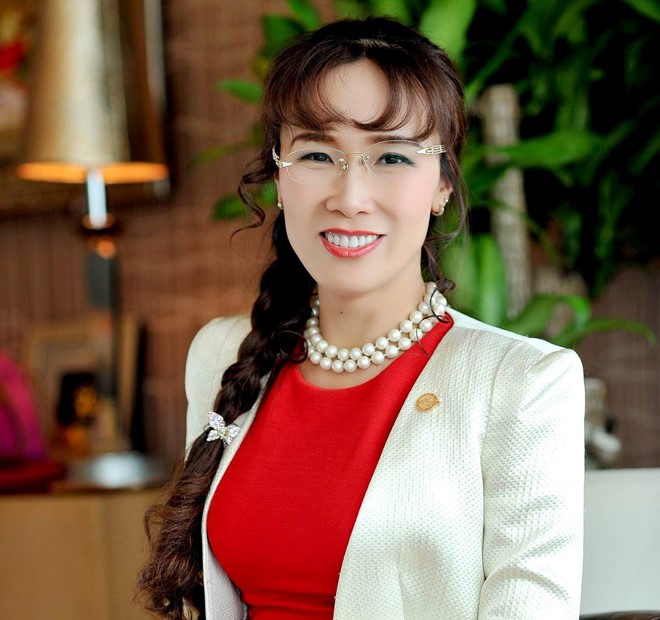 According to Bloomberg, Thao owned $1 million at the age of 21. Nearly 25 years later, she is expected to be the first female USD billionaire of Vietnam whenThe country's only private airline conducts the IPO, Thao will have net assets exceeding $1 billion.

The majority of Thao’s assets come from her shares in VietJet and Dragon City (Phu Long) – the 65 hectare property project in HCM City and other companies. Thao also contributed capital to three luxury resorts, including Furama Resort in Danang, Ana Mandara in Nha Trang and An Lam Ninh Van Bay Villas in Khanh Hoa.

VietJet plans to sell up to 30% its shares for foreign investors in the next three months. The carrier can be valued at more than $1 billion.

"Thao is not like other rich people, she is quiet and really successful with Vietjet. From zero, after a few years, this airline has accounted for more than 30% of the market share in Vietnam," said Vo Phuc Nguyen, analyst from CIMB.

In 1998 Thao began doing business when she was a second year student majored in finance-economics of a university in Moscow. With a modest amount of capital, she distributed clothing, stationery, consumer goods of Japan, Hong Kong, South Korea in Russia.

"I worked hard and had the trust of suppliers because I was always honest with them. I did not have much capital, but thanks to the trust, they allowed me to get goods and defer payment," she said.

After 3 years, she earned the first $1 million and began trading industrial goods such as steel, machinery, fertilizers

Returning to Vietnam, she contributed capital to establish Techcombank and VIB, the first private banks in Vietnam. Then, she and her partners applied to set up the first private airline in Vietnam, entering the market that was occupied by only one firm - Vietnam Airlines.

VietJet Air quickly became popular with the team of young stewardesses and the daring image-building strategy. Its flight attendants woreswimwear on maiden flights to coastal destinations.

Thao said that this wasa message conveying confidence and encouragement.

Thao’s ambition is to turn VietJet into "an Emirates of Asia" to succeed as the airline of Dubai, which has 150 destinations and offer flights with the longest traveling time in the world.

Starting operation in late 2011, VietJet now has 47 routes in Vietnam and Asia. If it is assessed at $1 billion, the company will have market capitalization even bigger than South Korea's Asiana Airlines or Finnair Oyj of Finland.