Building a reasonable growth scenario and finding out ways to achieve the goal is how that Vietnam can escape the middle-income trap.

More economists have warned about Vietnam’s possibility of falling into the middle-income trap. According to GSO, in 2018, Vietnam’s income per capita was VND58.5 million, or $2,600, a low level in the range of levels defined as ‘average income’ as calculated by the World Bank ($1,025-12,475). 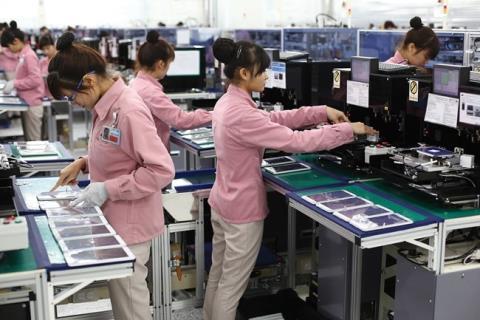 The General Statistics Office (GSO) has recently changed the calculation method and announced that with the new calculation method, the GDP is 25.4 percent higher than the figure calculated according to the old method, and the GDP per capita is $3,000 per annum.

However, even if the GDP per capita is $3,000, Vietnam would still be among the lower average income countries.

According to the World Bank, the ‘middle-income trap’ is the status of an economy which has surpassed the low income threshold to become an average income country, but has become stuck at the middle income level and cannot become a country with high income (more than $12,475).

The only solution to escape the trap is that the economy must not stand still. So, the top priority is creating favorable conditions for the economy to develop sustainably.

A question has been raised about how high Vietnam’s GDP growth rate should be to ensure rapid and sustainable development. NIC (newly industrialized countries) generally keep high GDP growth rates of 8-9 percent per annum for many years.

Nguyen Quang Thai, director of the Vietnam Research Institute for Development Studies, believes that the growth rate must be at least 8 percent to be able to surpass the low threshold of higher average income countries.

Experts calculate that in order to obtain the middle level of average income in the world, an the income of $4,000 per person by 2030 should be the goal.

Asked which way Vietnam has to follow to escape the middle-income trap, Dinh Trong Thinh from the Finance Academy said Vietnam needs to change the growth model, focus on developing science and technology, and improve productivity.

Vietnam’s fiscal deficit, including principal repayments, would come in at 6.6 per cent of GDP in 2019 and 2020, up from 5.9 per cent in 2018, Fitch Solutions Macro Research forecast.