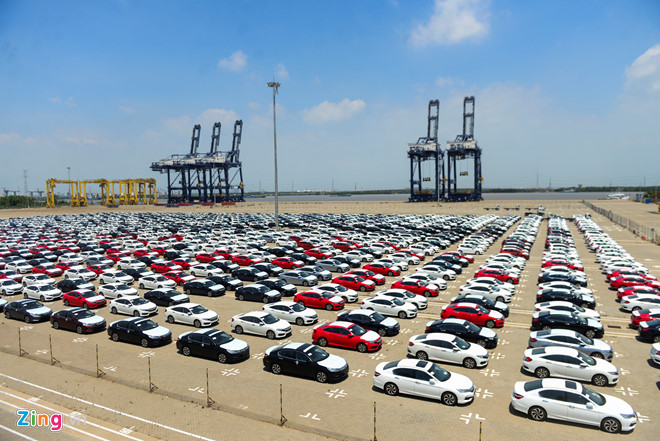 Ministries plan to set up technical barriers on imports

The Government Office on March 22 asked the two ministries to complete Vietnamese standards and regulations on imported cars to strengthen management over imports in accordance with international practice.

The dispatch was sent days after MOT officially accepted VTA (vehicle type approval) certificate granted by Indonesian agencies. Prior to that, Thailand’s VTA was accepted by the ministry in February.

VTA is one of the most difficult requirements stipulated in Decree 116 on the conditions enterprises have to meet to be eligible for manufacturing, assembling and importing cars, released in October 2017. This was why there were strong protests from car dealers and importers.

They said the regulations were not in accordance with international standards and that it almost stopped cars from being imported into Vietnam.

As the VTAs from Indonesia and Thailand have been accepted, imports from the two markets have resumed.

Hoang Ha, director of MOT’s Science & Technology Department, on March 28 told the local press that the ministry is checking the standards for amending, if necessary.

The news about technical barriers has worried car importers, includingToyota and Honda.

Toyota Vietnam’s Pham Anh Tuan said technical barriers for imported cars have existed for several years, but the new requirements may be supplements to barriers created by Decree 116.

Tuan said the manufacturer still cannot imagine what the new technical barriers will be. “Vietnam is behind other countries in the automobile industry. The standards to be set won’t be higher than other countries,” he said.

Analysts predicted that the new barriers could be additionally required documents. Under current regulations, importers must show the copies of vehicle certificates of four components - tires, rearview mirrors, front lights and glass.

Car importers complain that there are many disadvantages for imported products as the government has prioritized developing a domestic automobile industry.

Decree 116 and Circular 03 released by MOT places difficulties on imported cars with requirements for VTAs, while decree 125 offers favorable conditions to automobile manufacturers to ease their selling price. The difficulties will increase if the draft luxury tax law gets approval.

Decree 116 and a mounting investment in automobile manufacturing