Vietnam prepares to receive investors from Japan, the US, EU

Japan has announced that 87 enterprises will receive 70 billion yen ($653 million) to relocate their factories out of China to ease reliance on the country. 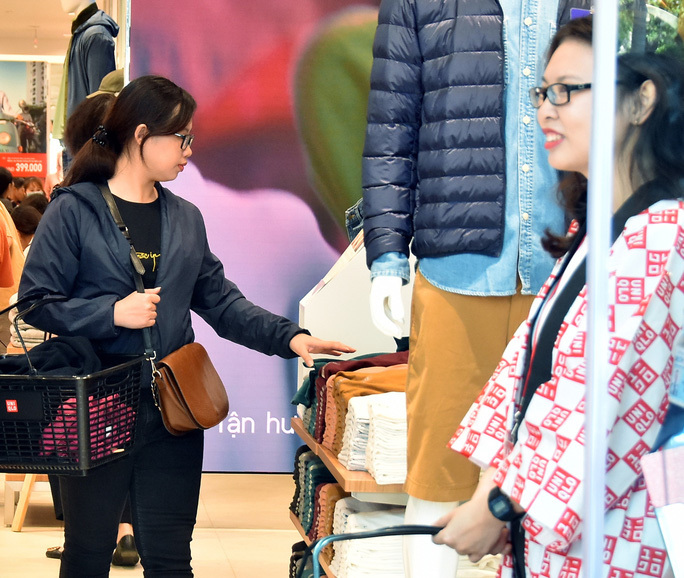 Uniqlo has opened four shops in Hanoi and HCM City, within a short time

Of these, 30 companies will partially or fully relocate their production lines to Southeast Asian countries.

According to JETRO, the Japanese business organization, 15 out of the 30 companies, mostly in the fields of medical equipment, automobile parts and pharmacy, are operational in Vietnam and will scale up production here.

Hirai Shinji, chief representative of JETRO HCM City, told Nguoi Lao Dong that these enterprises are receiving support under a Japanese government initiated program, aiming to diversify Japanese production bases as the supply chain, which relies on China, has been disrupted because of Covid-19.

There are 2,000 Japanese enterprises in Vietnam and half of them are in the production sector.

A survey conducted by JETRO in late 2019 about international activities of Japanese companies found that Vietnam was the favorite destination.

Hirai Shinji said Vietnam is not only a place for investment but also a large market. In the past, Japanese companies came to Vietnam to make products for export to third countries. But now, they can sell products in the Vietnamese market.

Uniqlo, the Japanese fashion group, for example, has opened four shops in Hanoi and HCM City, within a short time.

Experts believe that Vietnam is not only attractive to Japanese, but also to South Korean, American and European investors as well.

The Foreign Investment Agency (FIA) reported that of 136 countries and territories with investment in Vietnam, South Korea is the biggest investor with $68.3 billion of investment capital, followed by Japan and Singapore.

As for the US, its investment in Vietnam remains modest compared with the total amount of $4 trillion its businesses have poured into markets in Asia as of 2017, according to Nguyen Mai, chair of VAFIEs.

As of the end of 2019, FDI capital registered by US investors had reached $11 billion.

However, analysts say US politicians and businesses are optimistic about the expansion of relations with Vietnam. Many US companies are negotiating for implementation of large-scale projects in manufacturing and processing, clean energy, aviation, healthcare and medicine.