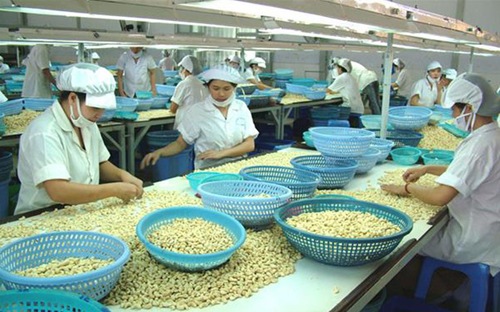 The country has been relying heavily on the world’s material market. If the material prices fluctuate, Vietnamese enterprises may fail to fulfill export contracts or deliver products on schedule, and their products may not meet requirements on food hygiene.

According to Nguyen Duc Thanh, chair of Vinacas, most markets which import processed cashew products from Vietnam set high requirements on quality and food hygiene. This means that Vietnamese processors need to be sure that the input materials have high quality. Therefore, Vinacas believes that Vietnam needs to expand the cashew growing area.

Do Ha Nam, chair of Intimex Group, said Vietnam is No 1 in the world in cashew nut processing technology and it has the best products in the world. Therefore, Vietnam needs to boost exports to earn more money. He thinks now is the right time for farmers to expand the cashew growing area again as raw cashew nuts now can go for good prices.