Revenues from Vietnam's information technology (IT) sector in the first six months of 2022 were estimated at 72.5 billion USD, up 17.8% year on year, according to the Ministry of Information and Communications. 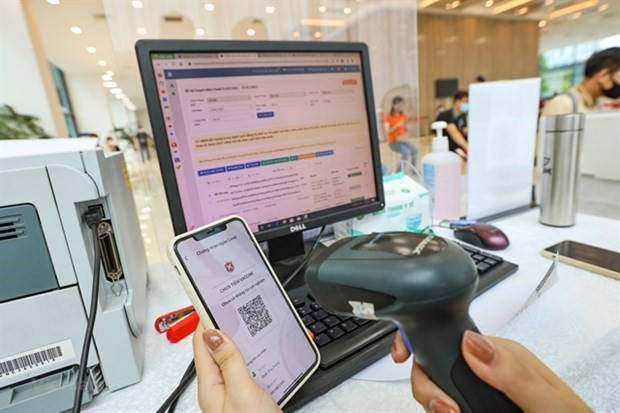 Of the total, revenues from hardware and electronics exports were estimated at 57 billion USD, rising 16.4% year on year. Those of computer shipments amounted to 29.1 billion USD, up 21.8%, while electronic export earnings reached 27.9 billion USD, increasing 11.2%, the Hanoi Times newspaper cited the sources as saying.

In particular, revenues from Made-in-Vietnam products accounted for nearly 27% of the total, hitting 19.4 billion USD. The ministry reported the numbers qualifying that the performance of the sector was in the first half (H1) of this year, which helps layout the tasks for H2.

Meanwhile, revenues of the information and communications technology (ICT) sector reached approximately 77 billion USD, rising 17% compared to the same period last year. Profit was estimated at 5.9 billion USD, up 13%, according to the report released on July 18.

This year, the ministry set a revenue target of around 140 billion USD for the ICT sector, a year-on-year increase of 14%.

Regarding the IT landscape, around 3,400 digital technology enterprises were established in the first half (H1) of this year, according to the ministry.

As of the end of June, the number of digital technology companies in Vietnam is estimated at 67,300, an increase of 3,422 companies compared to last December.