Analysts believe that in the context of profuse supply, the market dollar price will fall to VND23,175 per dollar, the buying price quoted by the State Bank of Vietnam (SBV). 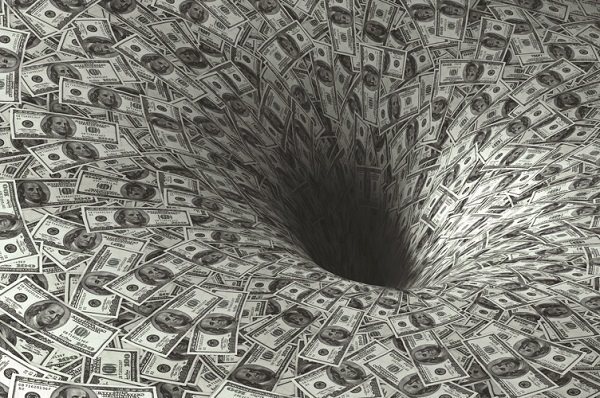 There are two indicators showing plentiful supply - the dollar position in the banking system and the dollar interest rate in the interbank market.

Commercial banks reported a positive dollar position last week and the figure was + $750 million on June 17.

Meanwhile, the dollar interbank interest rate has been at a very low level, just 0.1-0.2 percent per annum for overnight and one-week or shorter term loans.

The stable dollar supply is attributed to the net inflow of dollars from overseas. When the dollar supply increases and the cost of use is low, money will flow into markets which promise higher yields.

Vietnam is believed to be a promising destination for foreign investors with a stable macroeconomic foundation during Covid-19, which has been controlled in the country.

There are signs of prosperity in both the capital and debt markets thanks to the foreign capital inflow.

In the short-term government bond market, analysts see relatively high demand from foreign investors because Vietnam’s government bond yield is more attractive than in the US and other large economies in the region.

Also, Vietnam’s public debts have been controlled and are on the decline, which means safety for bonds, and the dong/dollar exchange rate is stable.

The sharp increase in demand forced 1-2-3 month government bond yields up by 2 percent, 2.1 percent and 2.2 percent, respectively, in the second half of April to 0.7 percent, 1.2 percent and 1.5 percent in early June.

In the capital market, the total capital newly registered, additionally invested and contributed to existing Vietnamese enterprises reached $14 billion as of May 20.

The figure is 83 percent of the same period last year, but not a small figure in current conditions.

Meanwhile, foreign currencies used in outward investments increased by $180.7 million in the first five months of the year, small in comparison with the capital influx.

Statistics all show that the net inflow of dollars to Vietnam is still ‘optimistic’ which could be the catalyst that helps stablize the interbank dollar supply.