Experts have warned of the possibility of Vietnam becoming a ‘technology dumping ground’ in the 4.0 industrial era, since developed countries are shifting to more advanced technologies and trying to liquidate outdated ones.

Dinh Hong Ky, a businessman, was surprised by what he saw in China in June 2018 when he visited building material factories in Guang Dong. 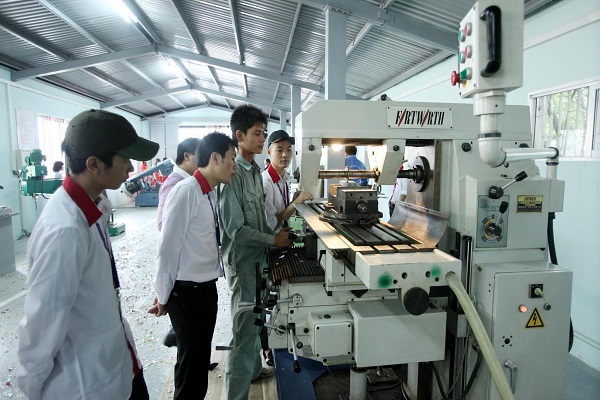 The latest technologies were being applied, with robots and AI solutions seen at all factories. When he visited the factories for the first time some years before, he saw workers working in hard conditions and clouds of dust.

Chinese enterprises are speeding up the process of eliminating old technologies and replacing them with advanced technologies amid the US-China trade war.

“The elimination of old technologies, which began some years ago, has been going more rapidly than ever in the world’s production factory,” Ky said in an article published after he returned to Vietnam.

What will Chinese enterprises do with the old technologies and equipment they give up? The businessmn said this reminded him of the information he read in local newspapers that the land rent in IZs in HCMC, Binh Duong and Dong Nai has escalated in the last two years partially because of the high demand from China.

Chinese enterprises have been flocking to Vietnam to set up factories with machines brought from China, willing to pay a lot for land in advantageous positions

Experts, when discussing the impacts of the EU-Vietnam FTA, said the agreement would give a push to the technology transfer to Vietnam from EU, one of the biggest source technology centers of the world.

A study on the effects of the 4.0 industry revolution on Vietnam’s economy found that if applying new technologies, Vietnamese enterprises would be able to create $30-60 billion by 2030.

However, Ngo Tu Lap from the International Francophone Institute (IFI) warned that Vietnam would face a big challenge – outdated technologies would flow to Vietnam and turn Vietnam into an outsourcing country.

He called for a legal framework to control the technologies and equipment to be imported to Vietnam, and a mechanism to strictly control managerial staff.

In the latest move, in an effort to prevent old technologies from entering Vietnam, Deputy PM Trinh Dinh Dung signed a decision stipulating requirements on used technology imports. Used equipment and machines must not be more than 10 years old and must be produced in accordance with Vietnamese national standards in safety, energy savings and environmental protection.