VietNamNet Bridge - Vietnam has been trying to develop support industries for 30 years, but is still finding it difficult to squeeze into the global supply chain.

VietNamNet Bridge - Vietnam has been trying to develop support industries for 30 years, but is still finding it difficult to squeeze into the global supply chain. 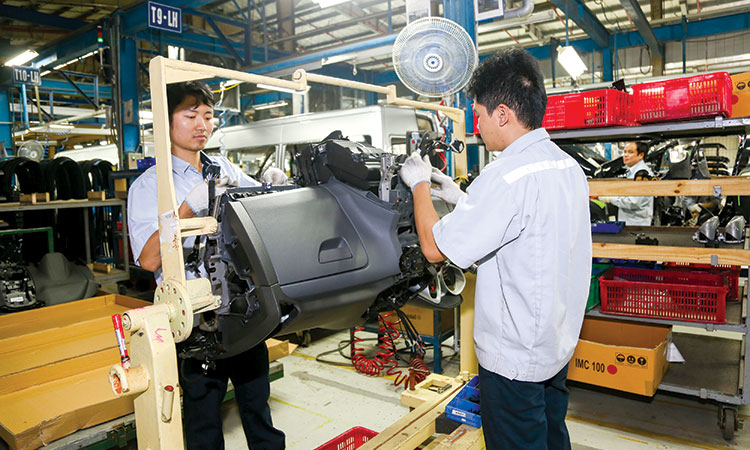 The government has decided that products of supporting industries will have to satisfy 45 percent of essential needs for domestic production and consumption by 2020, and by 70 percent by 2030.

However, analysts are pessimistic about the development of Vietnam’s supporting industries and the feasibility of the plan.

According to the Institute for Industry & Trade Policy Research (ITPR), Vietnam had  1,383 enterprises in supporting industries, mostly operating in three fields – mechanical engineering, electronics and plastics – rubber. The figure accounts for only 0.3 percent of the total number of 500,000 enterprises.

The enterprises can only make simple products and components, such as packages and plastic prototypes, while complex components such as electronic accessories needed for assembling are from foreign-invested enterprises or imports.

Kitagawa Hironobu from JETRO (Japan  External Trade Organization) said at the 2017 supporting industry forum that 570 Japanese-invested projects were implemented in Vietnam in 2016, but the localization ratio was only 34 percent.

Many Japanese enterprises had to import input materials and components from Thailand and China.

Nguyen Thi Xuan Thuy from ITPR said that the market capacity in Vietnam is very large. Automobile production and electrical and electronic engineering are fields which need supporting industry products in large quantities.

These are the two most developed industries. The domestic automobile market sells 300,000 cars each year and has a growth rate of 24 percent.

After 20 years of development, Vietnam has 20 auto assembling enterprises, but has only 84 first-tier vendors and 145 second- and third-tier vendors, small figures compared with demand and with other regional countries.

Thailand has 16 automobile enterprises, but has a large network of satellite enterprises with 700 first-tier and 1,700 second- and third-tier vendors.

As for the electrical and electronic engineering industry, there are 1,000 enterprises providing components, but Vietnamese enterprises do mostly assembling and trading only.

According to Truong Chi Binh from VASI (Vietnam Association for Supporting Industries), 90 percent of components needed in rubber and plastics manufacturing must be imported, while the proportion is 94 percent in electrical and electronic engineering.