Vietnam now has a rare opportunity to make a breakthrough after being one of the economies that successfully controlled Covid-19 to obtain a positive growth rate and attract foreign investors. 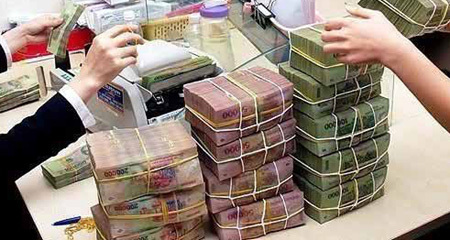 The institution predicted a growth rate of almost 3 percent for Vietnam in 2020, while the world economy is expected to contract at least by 4 percent amid the Covid-19 pandemic.

As such, the growth rate predicted by WB is much higher than that predicted by other organizations. ADB one week ago predicted a growth rate of 2.3 percent, while IMF forecast 2.4 percent and the Vietnam Institute for Economic and Policy Research (VEPR) 2.8 percent.

The reports released recently show a brighter outlook about Vietnam’s economy than reports in early or mid-year.

The reports showed positive outlook for medium and long term. According to WB, Vietnam may see a 6.8 percent GDP growth rate in 2021 and the figure will hover around 6.5 percent in next years.

Analysts said that Vietnam went against the downward trend and obtained a positive growth rate because it promptly tackled Covid-19 and controlled the spread of the virus.

WB attributes Vietnam’s good economic performance to the resilience of both its domestic economy and external sector. It took early, bold and innovative measures against the virus, and also used fiscal and monetary policies in a flexible way to ease difficulties for the private sector and accelerate the recovery.

Public spending has started to increase after three years of fiscal tightening. In the first nine months of 2020, the disbursement for public investment soared by 40 percent in comparison with the same period last year.

Regarding the external sector, Vietnam expects to see the highest trade surplus so far in 2020 and forex reserves increase.

The continued inflows of foreign investment capital to Vietnam, plus the stable increase in exports, can offset the decrease in revenue in foreign currencies from decreased tourism activities and overseas remittances.

Since mid-September, Vietnam has become known as ‘Asian miracle’ after a series of international newspapers reported the achievements Vietnam gained after the second epidemic outbreak.

Nikkei Asia published an article about the confidence of the Vietnamese people in the government in the fight against the pandemic.

The newspapers noted that with the success in controlling Covid-19, Vietnam now has a great opportunity to make a breakthrough in developing the economy.

Optimism for the year ahead has been improved to the highest thanks to the country's effective control of Covid-19 pandemic.