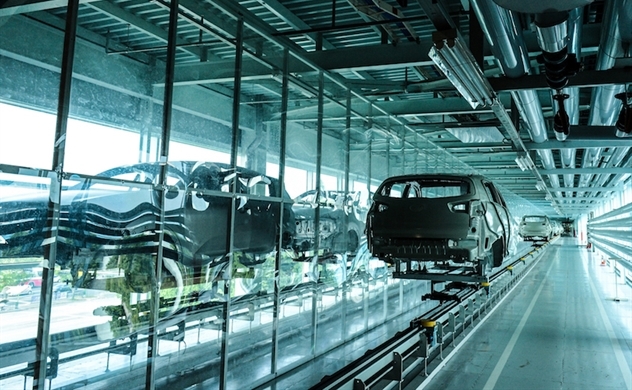 While Hyundai is still considering where to set up its automobile factory, Vietnam or Indonesia, Pyeong Hwa Automotive has spent $16.7 million on the project an area of 7 hectares in DEEP C 2A IZ, belonging to the Dinh Vu – Cat Hai Economic Zone in Hai Phong City.

Frank Wouters, CEO of Hai Phong IZ JSC, said there are many reasons for DEEP C to give special support to Pyeong Hwa. This is the biggest client in DEEP C II, and the first client in the automobile industry.

The investment by South Korean enterprises in Vietnam to make automobiles or car parts is not a surprise.

This was affirmed in the diplomatic note from the then South Korean Ambassador to Vietnam Lee Hyuk to Vietnamese Minister and Chair of the Government Office Mai Tien Dung in early 2018, which mentioned regulations in Decree 116 which tightens control over imported automobiles.

In the note, the ambassador affirmed that the new regulations by the government of Vietnam will have positive influences on South Korean enterprises’ investment decisions.

However, the decree is not the only factor that persuades South Korean investors to pour money into projects on making car parts in Vietnam.

There are other reasons as well, including the saturation of the world market which has led to a decrease in exports, domestic consumption and manufacturing in South Korea.

According to the Korean Automobile Manufacturers’ Association (KAMA), the country made 2,162,000 products in the first six months of 2017, a 1.5 percent decrease compared with the same period of 2016, the lowest level since 2010.

Explaining the decision to choose Vietnam for its production base after a year of surveying seven South East Asian countries, Lee Jae Seung, president of Pyeong Hwa Automotive, mentioned the geographical position and young labor force.

It is expected that after becoming operational in September 2019, the factory will provide 7.5 million products a year to the market.

Lee said the major goal of Pyeong Hwa is providing automobile parts to South East Asia, which may include Vietnam’s Vinfast.

In the first four months of 2018, South Korean investors registered $2.32 billion worth of FDI in Vietnam.