Vietnam to develop digital addresses by 2025

All households in the country will have digital addresses by 2025. 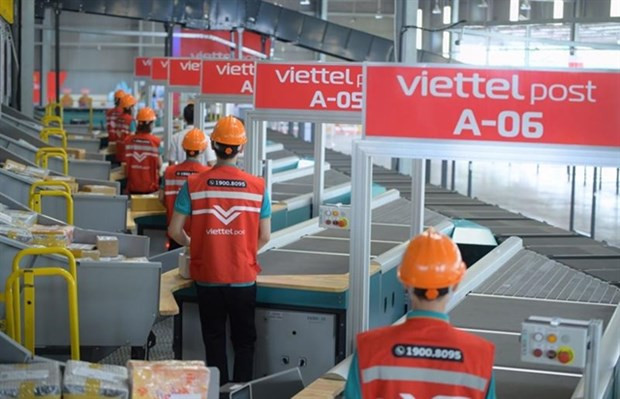 This goal was highlighted in the National Postal Development Strategy to 2025 approved recently by Deputy Prime Minister Vu Duc Dam.

The strategy sets a goal of developing the postal industry into an essential element of the country’s infrastructure.

The postal and delivery industry was forecast to reach annual revenue of 10 billion USD by 2030, given the current growth rate of around 20-30 percent per year.

The strategy stressed that completing the digital address platform in line with the national digital map was important for the development of e-commerce and the digital economy.

According to Duong Ton Bao from the Department of Posts under the Ministry of Information and Communications, the drastic change in the postal and e-commerce market, along with the development of digital technology in the Industry 4.0 era, has been changing ways of doing business and opening up new opportunities for the development of the postal industry.

He cited the report of the Vietnam e-Commerce Association that the e-commerce market would expand at an average of 29 percent per year to reach 52 billion USD by 2025.

The huge volume of goods traded via online channels led to an explosive demand for delivery services – a huge potential for the postal industry to tap and transform from delivering newsletters to an important foundation for e-commerce development, an essential infrastructure of the digital economy.

“The postal industry plays a role in ensuring the flow of materials besides the flow of data in the digital economy and digital society,” Bao wrote on vietnamnet.vn.

He said the postal market in Vietnam was witnessing the intertwining between the old and the new, stressing that the market would see increasingly harsh competition.

Traditional postal companies which were slow to renovate were losing market share to start-ups and technology enterprises which were young in experience but faster in applying technology.

He said this forced the postal industry to transform itself into a digital supply network, and there was no other way.

Accordingly, the postal development strategy emphasised that modern technology was the core, and a Made-in-Vietnam ecosystem of digital platforms would be the breakthrough solution.

“Postal enterprises develop in the direction of becoming enterprises which apply digital technologies to create new products and services and ensure people across the country have the right to access and use quality postal services at reasonable fees,” the strategy said.

The focus would be on building a Made-in-Vietnam ecosystem of digital platforms, including digital addresses and e-commerce platforms.

The strategy targeted that, by 2025, all households across the country would have digital addresses, and all farmer households would participate in e-commerce platforms developed by postal companies.

According to Bao, the postal industry owns huge resources with a network of over 21,600 points reaching to commune level and covering 63 provinces and cities together with nearly 800 enterprises operating in the industry.

The postal infrastructure coupled with the telecommunications infrastructure, electronic payment and digital address would promote the development of e-commerce and help expand the market for postal services, he said.

The postal industry would promote e-commerce in rural areas to accelerate the digital agricultural economy and enable residents to access public services.

“The digital revolution and the COVID-19 pandemic have changed the global economic growth model. Vietnam’s postal industry sees this as an opportunity to become an essential infrastructure of the country and the digital economy and contribute to promoting the development of digital government and digital society,” he said.

The Hanoi People’s Committee has issued a plan to carry out a pilot implementation of the national digital address platform associated with the digital map in the capital city.

Accordingly, the pilot scheme would be implemented in Hoang Mai, Hoan Kiem, Nam Tu Liem, Dong Anh and Thach That districts, then raised recommendations for large-scale implementation to serve the development of digital government, digital economy and digital society.

Services which applied digital addresses would also be piloted, including tourism, fire prevention and fighting, and postal services./.
Source: VNA