Vietnam to export products through official channels to China 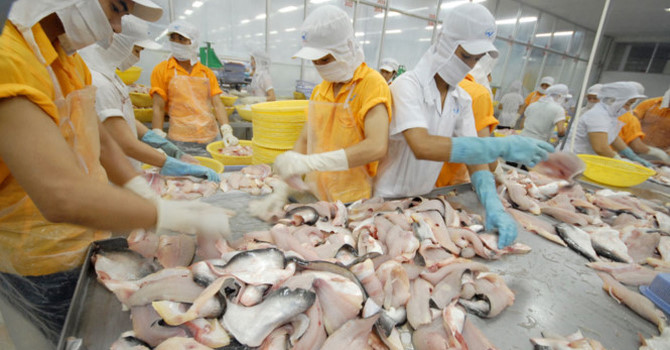 Vietnam is trying to change this situation.

VASEP has confirmed that China has outstripped the US to become Vietnam’s biggest catfish importer in the first quarter of 2017. China is also the biggest consumer of Vietnam’s rice and many other farm produce.

VASEP said the demand from all Vietnam’s loyal markets decreased sharply in the first three months of the year. The US market, for example, decreased by 24.3 percent in comparison with the last year’s same period, while the EU fell 21.5 percent and ASEAN 10.8 percent.

In the US market, Vietnam’s catfish had to bear anti-dumping duties and competition and hindrance from CFA (Catfish Farmers of America).

In the EU market, exports met with media campaigns smearing Vietnam’s catfish. In addition, the euro/dollar exchange rate fluctuations have also led to the sharp fall in catfish exports to the market.

While the exports to loyal markets fell, the exports to China increased sharply. With the export turnover to China reaching $69.7 million in the first quarter of the year, China has officially become the catfish biggest importers for Vietnam.

The same situation is occurring with rice exports. MARD said while the rice export in Q1 decreased, the exports to China still increased sharply.

Though the exports to China increased, businesses have been advised to be cautious when exporting products to China, saying that the Chinese market is changeable and unpredictable.

However, while many people look at the Chinese market with cautious eyes, Nguyen Thi Hong Minh, thinks the other way.

“We should consider China a potential, rather than a risky, market. They have large demand for seafood,” Minh said.

“What Vietnam needs to do is to export seafood products through official channels to big and reliable clients,” she said, emphasizing that the Chinese market could be a good choice for Vietnamese seafood exporters in the context of decreased demand from loyal markets.

Ngo Tri Long, a renowned economist, also said it would be better to do business with China based on official business contracts and via official channels. This will help prevent risks.