Local tourism departments have announced business results for March, showing the worst-ever figures in the history of the Vietnam’s tourism industry.

A 3-star hotel in HCM City has closed because of Covid-19. 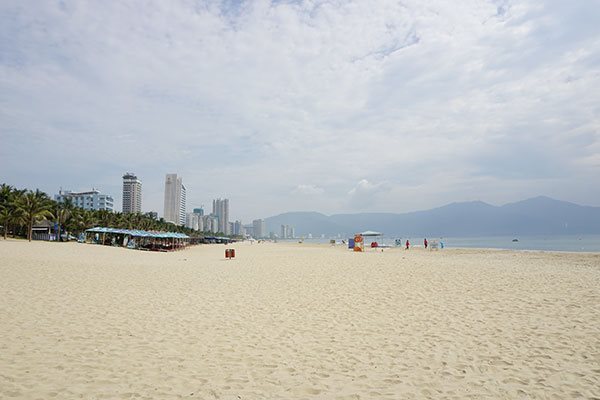 “We have closed the hotel. We will open again if we can have guests for 10 rooms. But we don’t know when this will happen,” a travel firm which owns the hotel in HCM City said.

The HCM City Tourism Department reported that 117,000 foreign travelers came to the city in March, an 84 percent drop against the same period last year. The figures totalled 1.3 million and a 42.26 percent drop, respectively, for the first three months.

Ngo Quyen street in the central area of Hanoi, where the famous Metropole Legend Hanoi is located, is deserted these days. Since early March, when the first coronavirus case was discovered, the number of travelers and hotel room occupancy rate has declined sharply in Hanoi.

The Hanoi Statistics Department reported that 182,000 foreign travelers booked
accommodation in March, down by 61.5 percent compared with the same period last year. There were 470,000 domestic travelers, down by 50.6 percent.

Many other excursion points have also temporarily closed.

Da Nang, the most liveable city in Vietnam

According to the Da Nang Statistics Department, the hotels and resorts in the city have seen the number of guests drop by 70-80 percent.

On the first days of Covid-19, travel firms in Khanh Hoa province lost Chinese travelers, and have recently lost the Russian market as well.

The provincial tourism department said that only 28,000 foreign travelers came in March, down by 90.4 percent. The number of domestic travelers dropped more sharply, by 90.6 percent, to 19,800.

The provincial authorities reported that the number of foreign travelers to Phu Quoc Island in March dropped by 76 percent. In the month, it received 144, 227 travelers, including 19,195 foreign travelers.

Vietravel Airlines’ plan for first flights postponed due to COVID-19

The country’s newest carrier Vietravel Airlines has delayed its launch plans due to the COVID-19 pandemic.