Merging schools with the same majors to form multi-disciplinary schools and cutting the number of state-owned schools to more effectively allocate resources should be done immediately, experts say.

Prof Lam Quang Thiep, former director of the Higher Education Department under the Ministry of Education and Training (MOET), said in the 1990s, MOET once proposed to develop two national multi-disciplinary universities and three local universities. However, things did not go as designed. 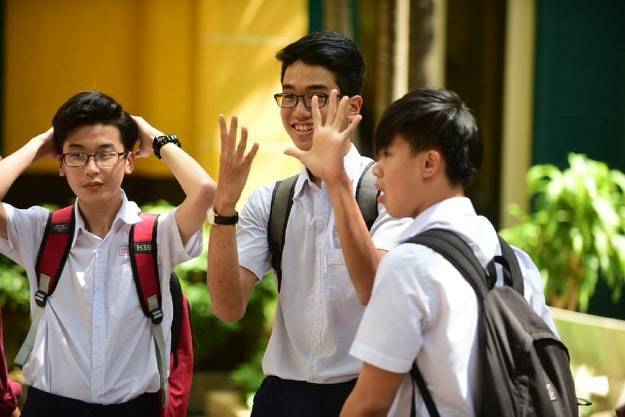 This was because of the strong opposition from schools. Managerial officers of the schools feared that the merger would make them lose their posts. Finally, the plan organizers had to make a compromise by promising to maintain the schools. As a result, two-level universities were born.

The two-level university model has neutralized the advantages of the multi-disciplinary model. Therefore, Thiep proposed to build up Vietnam’s tertiary education system in accordance with a ‘real university’ model.

There are two options to implement the plan, Thiep suggested. First, allowing single-disciplinary member schools to develop into universities, and two-level schools to turn into groups of universities.

“World-class higher education system is a strong, diverse, stratified one, effectively meeting the different requirements of socio-economic development and learning needs,” he explained.

Khuyen said in order to build up multi-disciplinary universities into ‘iron fists’ of Vietnam’s tertiary education system, it is necessary to give full autonomy to them and erase the governing body mechanism.

Meanwhile, Thai Ba Can, former senior official of MOET, noted that higher education establishments, research-oriented or application-oriented, both prioritize to increase the numbers of students to enroll for mass training. Top-tier universities don’t pay much attention to elite training and scientific research.

In general, restructuring the higher education system is what many experts have proposed.

Tran Duc Canh, a member of the National Council for Education and Human Resources Development, believes that it would be better to cut the number of state-owned schools from 171 to 160 in order to better allocate resources.

The University of Science under the Vietnam National University-HCM City has set up the first greenhouse gas monitoring station in the buffer zone of the Lang Sen Wetland Reserve in the Mekong Delta province of Long An.