Vietnam warned it gets stuck in the low-growth trap

VietNamNet Bridge – While the global economies have warmed up, Vietnam still has been bogging down in its big difficulties.

VietNamNet Bridge – While the global economies have warmed up, Vietnam still has been bogging down in its big difficulties. 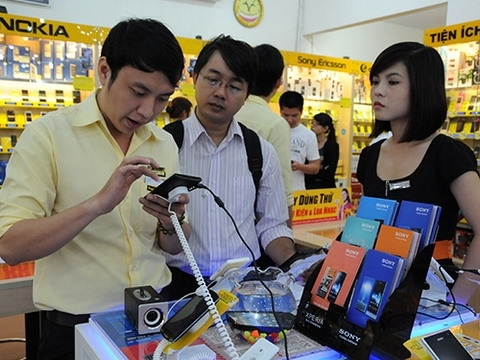 Vietnamese businesses get more pessimistic than ever

According to the General Department of Statistics, the total retain turnover of goods and services in the first seven months of the year increased by 12 percent only in comparison with the same period of the last year.

If not counting on the goods price increases, the increase would be lower at 4.86 percent, which is much lower than the 6.74 percent of the last year’s same period and the year-on-year average growth rate of 24 percent.

According to Pham Nam Kim, a well-known economist, the Vietnamese national economy has fallen into a dangerous situation. The low demand has forced enterprises to stop production, which has led to the workers’ income decrease. Meanwhile, the income decrease would lead to the sharp falls in the total demand,

Kim described this a vicious circle from which it would be very difficult to escape.

Vietnamese enterprises have been resigned to cutting their sale prices in an effort to stimulate the demand and boost sales, which then led to the average price decreases in the last four consecutive months.

However, the businesses’ efforts have become in vain as the petrol, electricity, gas prices all have increased.

The July’s PMI announced by HSBC was 48.5 points, which was still below the 50 point threshold, showing the continued decline in the production sector for the third consecutive month. Both the output and the number of orders continue decreasing in the latest survey period, though at a slower pace.

The HSBC’s report has also pointed out that Vietnamese enterprises and hired workers have entered a very difficult period, when the demand decreases and jobs have been cut.

The survey by the Monetary Statistics Department under the State Bank of Vietnam has also shown a gloomy picture of the national economy. More than 50 percent of credit institutions do not think there would be some improvement with the bad debt situation in the time to come, saying that the bad debt ratio would be either increasing or remaining high.

Vietnam gets stuck in the low-growth trap

The strong recovery of the global economy is believed to help revive the Vietnamese economy. As the demand in the US, Japan, Europe and China has recovered significantly, Vietnam would have more opportunities to boost exports to the markets.

However, economists have warned that Vietnam would not be able to foster the growth because of its inner problems.

The current factors do not encourage investors to make investments or expand their business scale. Meanwhile, Vietnam’s economic growth has been heavily depending on the capital and the labor. This means that if the investments continue decreasing, Vietnam would not be able to obtain high growth.

According to the National Finance Supervision Council, it is really a great challenge to ensure the total investment capital for the national economy at 30 percent of GDP.

With the inflation rate supposed to be at 6.5 percent in 2013, the credit growth rate at 12 percent and the same foreign direct investment capital as 2012’s, Vietnam may lack some VND50-70 trillion worth of capital.