Vietnamese banh mi shop famous in the US

VietNamNet Bridge – Made by Vietnamese and bearing the Vietnamese flavor and style, Lee’s Sandwiches has quickly become one of the most popular fast food restaurants in the US.

VietNamNet Bridge – Made by Vietnamese and bearing the Vietnamese flavor and style, Lee’s Sandwiches has quickly become one of the most popular fast food restaurants in the US. 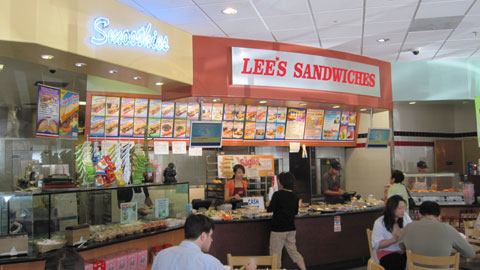 Vietnamese banh mi sandwiches have been recognized by global citizens as a “super food” one should taste at least once in life. Banh mi is a wonderful combination of bread and stuffing including meat, cucumber, spices and others, which creates distinctive flavor.

Vo Van Quang, a branding expert, noted that Vietnamese banh mi products have been performing very well not only in the US but in European countries as well.

He noted that in the popular market segment, Vietnamese banh mi can compete well with the vendors at corners or on pavements, from Las Vegas to Manhattan to Washington DC.

In the high-end market segment, Vietnamese banh mi can be compared with French bread and Italian pizza, thanks to its “all in 1”, with exquisite taste and healthy nutrition.

Forbes, in its article about new trends in the world, mentioned Vietnamese-style sandwiches. In the article, the Vietnamese word “banh mi” was used instead of an English word.

Of the Vietnamese banh mi brands in the US, Lee’s Sandwiches is believed to be the best known and most successful. The brand has been developed by Le Van Ba and his son Le Chieu.

Chieu, who left Vietnam for the US in 1979, when he was just a third year student, decided to start with a banh mi vending machine, and then he set up Lee Bros company.

Lee Sandwiches is now one of the most popular fast food chains in the US which not only sells banh mi, but many other food items of Vietnamese cuisine, including soymilk and “ca phe sua da” (milk coffee). The company has also marketed Lee’s Coffee, a bottled coffee brand.

Following the great success in the US, Chieu has been trying to develop his brand in the homeland. However, the first product Chieu launched into the Vietnamese market was not Lee’s Sandwiches, but Lee’s Coffee.

Chieu set up a company, Le Tam Trade & Service Company, in which he holds the post of CEO. He joined forces with South Korean DeliManjoo, a bread manufacturer, to set up Lee’s Coffee shops in Vietnam.

A glass of Lee’s Coffee is $2.50 in the US, or over VND50,000, while it is sold for VND39,000 in HCM City. However, analysts noted that Chieu was not lucky with his business in Vietnam, in part because when Lee’s Coffee turned up in Vietnam, many other fast food shops and cafes were flooding the Vietnamese market. After making a big noise, Lee’s Coffee closed.