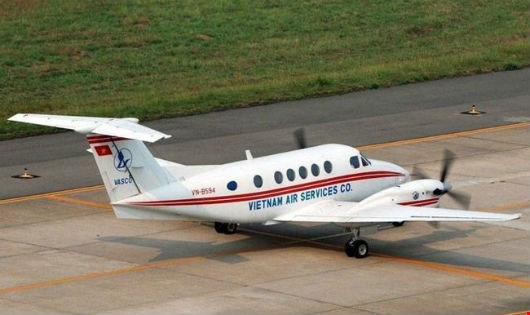 Vietnam Airlines, the national flag air carrier, has asked for the Ministry of Transport’s permission to set up a new airline based on the existing Vietnam Air Services Company (VASC).

One of the founding shareholders of the airline is a familiar name – Techcombank.

Techcombank is not the only banker which cherishes the ‘airline dream’. Many other commercial banks have had or have plans to contribute capital to air carriers.

Eximbank in 2012, when listed as one of the Vietnamese commercial banks with the largest stockholder equities, once signed a strategic cooperation agreement with Air Mekong, contributing 11 percent of the air carrier’s charter capital. It then also gave big support to Air Mekong to implement its plan to expand the fleet.

The funding was later found by the State Bank of Vietnam as violating the regulations on investments in non-core business fields. Meanwhile, the dream was dashed because Air Mekong had to stop flying in 2013 due to the bad business performance.

The Asia Commercial Bank (ACB) has suffered from the million-dollar loan it provided to Indochina Airlines. When the air carrier stopped operation because of big losses and ineffective operation, ACB brought it to the court to reclaim the $1.3 million debt. However, Indochina Airlines has fallen into insolvency.

In April 2014, Tran Trong Kien, a member of the board of directors of ACB, who was also chair of Thien Minh Tourism JSC, spent VND54 billion to buy 89 percent of stake of Hai Au Airlines. However, the air carrier has been performing badly. Its management board in 2015 admitted that it ‘had incurred heavy losses’.

Nguyen Tri Hieu, a renowned economist, commented that bankers would take high risks when injecting money into the aviation sector. A lot of prosperous airlines in the world fell into decline because of fuel price fluctuations, accidents or political uncertainties.

He noted that in Vietnam, most banks are commercial, which mobilize capital from the public and lend to businesses. Vietnam still does not have any banks which operate as investment banks.

When asked why Techcombank has been chosen to become a founding shareholder of SkyViet, the air carrier Vietnam Airlines plans to set up, Vu Anh Minh from the Ministry of Transport said what VASCO now needs is capital – something that Techcombank has plenty of.