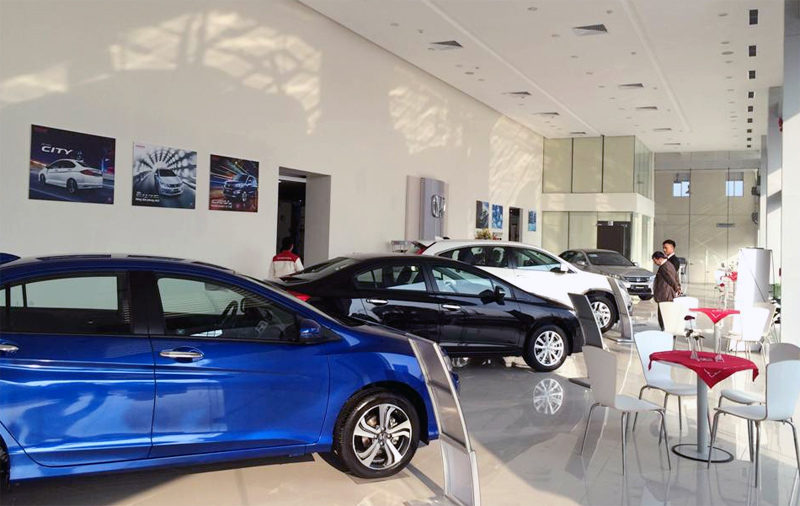 Car trading in 2016 saw the number of projects in the sector increasing sharply. About 505 projects in the field were licensed, ranking second in terms of foreign direct investment (FDI), just after real estate, according to the Ministry of Planning and Investment (MPI).

The representative of a foreign-invested automobile manufacturer said previously, FDI capital flowed into production and assembling, but now, it pours into retail and post-sale services.

He said foreign investors all can see great potential in Vietnam, where the demand has been increasing rapidly. There is a big wave of foreign investors coming to Vietnam to work as distribution agents for manufacturers.

From January 1, 2018, the tariff on the imports form ASEAN will be cut down to zero percent. Under free trade agreements, the tariffs on CBU (complete built unit) imports will also be decreasing step by step. By 2026, nearly all the tariffs will be lowered to zero percent before Vietnam fully opens its market by 2029.

About 30 leading brands are present in Vietnam. However, most of them still don’t have large distribution networks. The biggest brand has 40 sales agents throughout the country. The Central Highlands and the western part of the southern region –  potential market areas – still have not been exploited.

Automobile manufacturers understand that expanding distribution networks is the best solution to improve revenue. Therefore, they applaud the FIEs joining the distribution market.

It is expected that by 2029, Vietnam market scale would be about 1 million brand-new cars a year with revenue of $12 billion.

Vietnam is among the fastest growing markets in the region. Over 300,000 cars were sold in 2016, an increase of 24 percent over 2015. Experts have predicted the growth rate would be 20 percent in 2017 thanks to the tax cut and lower car prices.

An analyst said there were clear opportunities to make money from selling cars as import tariff cuts would make cars cheaper and more affordable to Vietnamese.